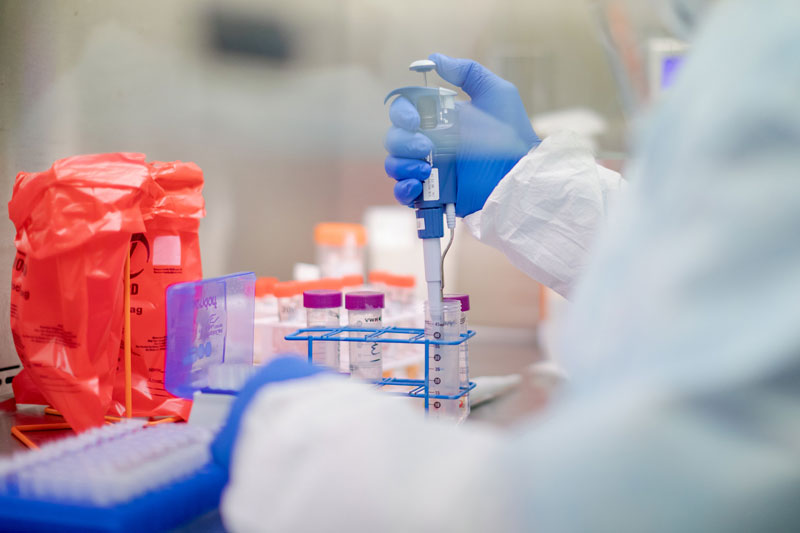 While the 700 test swabs are a welcome bit of good news, its not enough to conduct the random community testing planned by Johnson County. Photo credit Pennsylvania Department of Health Bureau of Laboratories.

By Andy Marso, The Beacon

It is Randall Williams’ job to navigate this new reality. He runs the Missouri Department of Health and Senior Services. In Kansas, others are doing the same things he’s doing to try to keep us safe. 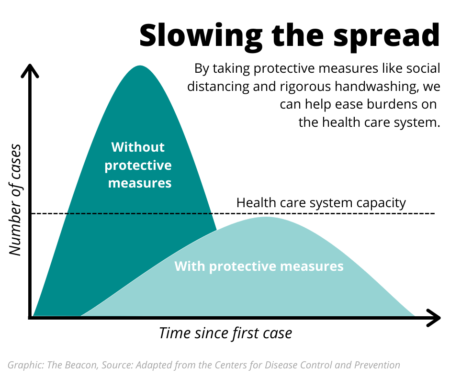 “Remember this,” Williams said: “Of every 100 patients who got this in China, 81 are mildly symptomatic; 14 will require oxygen, which any hospital can really do; four will need a ventilator and get really sick; and two, unfortunately, will pass away.”

He’s trying to be reassuring: “We think we have the capacity, looking at those numbers.”

Some here may still think the measures public health officials and federal, state and local governments are promoting are drastic.

But Williams said they are only deploying the same public health measures that stopped the worst of several past localized infectious outbreaks, as well as long-ago pandemics like the 1918 Spanish Flu.

So far, Kansas and Missouri seem to have been relatively spared as coronavirus and the illness it causes, COVID-19, hit hard in coastal areas like Seattle and New York.

But case counts nationwide are questionable because tests have been in short supply and tightly regulated — something Dr. Anthony Fauci of the National Institutes of Health called “a failing” of the federal response. President Trump said Friday that millions more tests would soon become available. Exactly when? Unknown.

As of March 12, Williams said, the Missouri state health lab had conducted 60 tests in the two weeks since getting kits from the federal Centers for Disease Control and Prevention (CDC), with only one positive result at that point. But it had the capacity to do as many as 100 a day.

“The limiting factors are the controls that come from the CDC,” he said.

Until recently, tests could only be done for patients who met the CDC’s strict criteria for symptoms, risk factors like age or medical conditions and travel to COVID-19 hotspots. The feds then loosened those requirements as more tests became available, but their guidance still recommends only testing those who are symptomatic.

Unlike rapid strep tests at doctors offices, samples testing for COVID-19 have to be sent off to special labs to get results. By March 14, Missouri’s lab had run 94 tests and four had come back positive. The Kansas Department of Health and Environment had run 143 tests with eight positives.

For perspective, as of March 14 (the latest update from the CDC), there have been roughly 19,700 tests completed across the entire U.S., although the data doesn’t break it down state-by-state.

Two giants of the private medical testing industry — Quest Diagnostics and LabCorp — will soon offer testing as well, though backlogs may initially delay results. Any doctor will be able to order those tests, and private insurers have agreed to pay the full cost for their members (Medicare will also cover the tests at no charge). That could also expand drive-through testing, which has already rolled out in other states.

Lucas’ declaration bans all gatherings of 1,000 people, and gives the city the authority to shut down businesses or impose curfews in the future.

A question of resources

Quarantining the sick, isolating the exposed and banning large gatherings are all efforts to encourage “social distancing” to slow the spread of the virus and keep the health care system from becoming overwhelmed — what epidemiologists call “flattening the curve.”

Most cases of COVID-19 are mild, especially for those who are under 60 and have no underlying medical conditions. But it can spread quickly because, unlike the flu, people have no natural immunity to it and there’s no vaccine yet. That means that if even a small percentage of cases are severe, the raw number of severe cases can quickly overwhelm hospitals, causing death rates to climb.

That scenario has already played out in other countries. In Wuhan, China, where the virus originated, workers had to build a new hospital in just 10 days to keep up with demand. In northern Italy, where the whole country is now in quarantine, there were reports of hospitals running out of ventilators and doctors being forced to choose who would get one and who would be left to die.

President Trump, while declaring a national emergency on Friday, said the federal government was seeking to stockpile ventilators for hospitals. Lee Norman, secretary of the Kansas Department of Health and Environment, says the number of ventilators is only one part of the equation.

Hospital workers will also need specialized protective gear to keep from getting sick. Norman said KDHE has modeled many different scenarios of virus spread. In a “worst-case scenario,” the state would not have enough intensive care beds and would have to try and repurpose lower-level hospital rooms.

In 2018, Kansas ranked eighth in the nation in hospital beds per capita; Missouri, 13th. But several rural hospitals in both states have closed since then (including one in Wellington, Kan., just days ago).

Capacity will also depend in part on delaying the worst of the COVID-19 outbreak until the end of regular flu season, which has only recently shown signs of tapering off in both Missouri and Kansas.

Ironically, the Kansas Department of Health and Environment began training in October for a pandemic flu exercise with all of the state’s county health departments. The final exercise was originally scheduled for mid-April, but a KDHE spokesperson said the training is now being repurposed for the actual pandemic knocking on the state’s door.

What you can do

Andy Marso is a freelance health reporter for The Beacon. He’s been a reporter at The Kansas City Star, Kansas News Service and Topeka Capital-Journal. Twitter: @andymarso