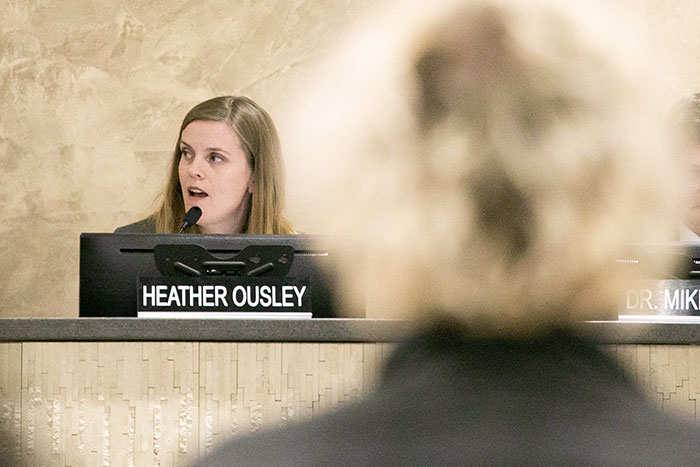 At a special meeting Thursday, the Shawnee Mission Board of Education unanimously approved adoption of the 2019-20 teachers contract agreed to by the administration and teachers union after the intervention of a federal mediator earlier this month. This will be the only contract teachers operate under for the remainder of the year, clearing up any confusion about contract terms stemming from the board’s attempt to adopt a unilateral contract in January. Members of the National Education Association-Shawnee Mission ratified the contract during a vote that was open March 9-11.

Of the 10 songs that remain in contention in Nebraska Furniture Mart’s $25,000 anthem contest, three entries are from musicians in the Shawnee Mission area. More than 400 songs were submitted for the company’s contest. Voting is still underway to narrow it down to the final 5. Here are the three local entries:

Voting is open through March 15.

Pure Barre expands to The District at Lenexa City Center

Copaken Brooks has announced that Pure Barre, a fitness company, is opening a new franchise location in The District, located at Lenexa City Center. The company is leasing 1,500 square feet at The District beginning June 2020. Pure Barre is a barre workout fitness company with a few other locations in the metro area, including in Overland Park. “We’ve seen such great response to Pure Barre across the city, and Lenexa seemed like the next logical place because of the incredible momentum at City Center Lenexa,” said Michelle Keraus, the franchise owner. “The District is growing fast, and we’re thrilled to be a part of it.”