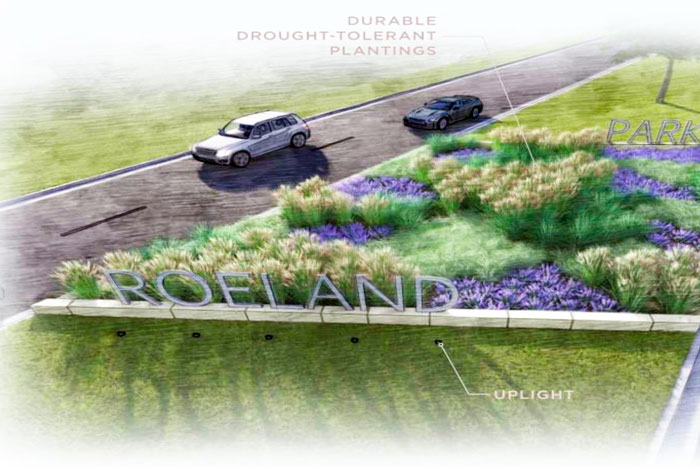 A rendering of the northern gateway feature planned as part of the Roe 2020 project, which is to be completed in May 2021.

The city of Roeland Park on Monday afternoon announced in a press release an updated project timeline for the city’s largest infrastructure project in its history, Roe 2020.

The city worked alongside the Kansas Department of Transportation to come to the following tentative timeline for the $10 million renovation project, according to the release:

Roe 2020’s completion date remained the same from the last time the city council heard an update in early January 2020. City Administrator Keith Moody said in the release that the city is looking forward to getting started, but that the schedule and dates are tentative “as with any construction schedule.”

“We appreciate residents and businesses patience and understanding during this construction period as we know the outcomes of this project are going to bring positive changes to the city,” Moody said in the release.

Mayor Mike Kelly said in the release that it is the city’s “goal to be open and transparent throughout the process,” and gave the following cost breakdown in an effort to address resident’s questions about the cost of Roe 2020:

Additionally, Kelly said in the release that the city will have an actual cost versus estimated cost figures to share once construction bids are received later this month. The city also created a dedicated landing page on the city’s website to act as an update hub for Roe 2020, found here.