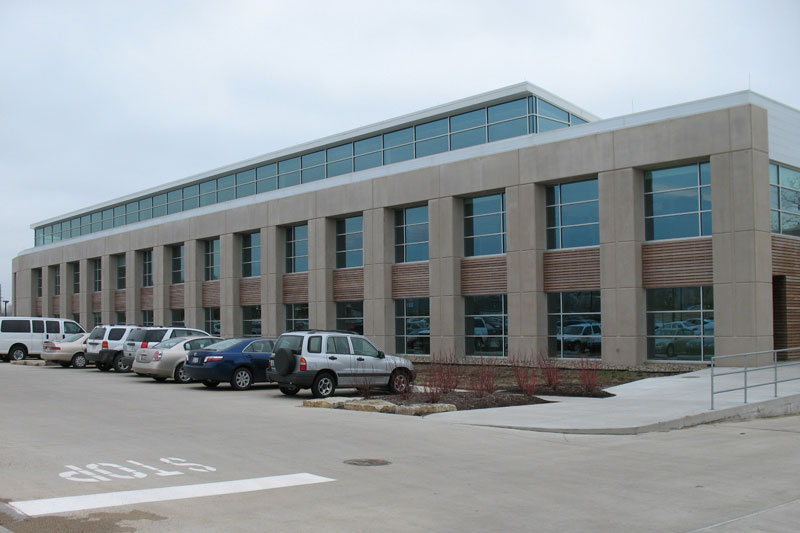 The proposed project would be slated for the site of the existing county Health Services Building. Photo credit Johnson County Appraiser's Office.

Recently lowered interest rates could put a new county health services building planned for Olathe on the fast track. Johnson County Commissioners meeting Thursday (March 12) will begin to consider the pros and cons of a new facility for its Sunset Campus that could cost as much as $54.6 million.

The building would replace the deteriorating Olathe Mental Health center and be built at the site of the existing Health Services Building at 11875 S. Sunset Drive. County officials estimate both of those buildings would need $12.4 million in repairs over the next five years to keep them operational, and $39.5 million over the next 20 years.

Money was budgeted a year ago for the idea, which has been talked about for a few years as officials observed the declining condition of the buildings. Since no preliminary design has been done, the cost is only an estimate at this point.

Commissioners listened to a presentation about the idea March 5. Although they did not make a decision yet, they instructed staff to begin setting up for design proposals and bonding to cover the cost. Commission Chairman Ed Eilert said he would like to move quickly because of the recent drop in interest rates.

Both existing facilities were built in 1996. Olathe Mental Health, at 1125 W. Spruce Street, is 36,000 square feet and the Health Services Building is 90,000 square feet. Occupants there include the Department of Health and Environment, Human Services (including a Meals on Wheels kitchen) and Evergreen Living. The lease on Evergreen, a senior living center, expires in 2027.

But the physical shape of the buildings wasn’t the only reason to consider a new structure, Reinhardt said. The Olathe building, originally a nursing home, does not have well-organized space for its use today. Having two locations makes for an inefficient use of space that may not meet the needs of the growing county population in the long run, he said.

If the proposal is approved, one 120,000-square-foot building at the Sunset campus would replace the two, making use of shared space for the lobby, pharmacy and conference rooms. It would also be better designed to handle increased use, officials said. The Mental Health department projects a 30 percent increase in clients by 2027.

The Health Services Building would have to be razed to make room for the new building, disrupting residents at Evergreen. But officials did not say exactly what the long-range plan is for Evergreen.

Reinhardt said the county might keep the land the Spruce Street facility is on, but did not rule out selling the building.

Some commissioners questioned said they wanted to carefully consider if building anew at the Sunset campus is the right option.

Commissioner Becky Fast wondered whether a different location might make the transportation easier for clients in the northeast part of the county to use the services. Commissioner Steve Klika added that there may be empty buildings on the market that could be adapted to suit the county’s needs.

“We need to make sure we look at all angles on this,” he said. “I think we need to open up our minds a little bit.”

Even so, lower interest rates are driving the idea ahead. “Money is cheap, so if we’re going to do stuff like this it’s a good time,” said Commissioner Michael Ashcraft, adding that he still has questions about the proposal.