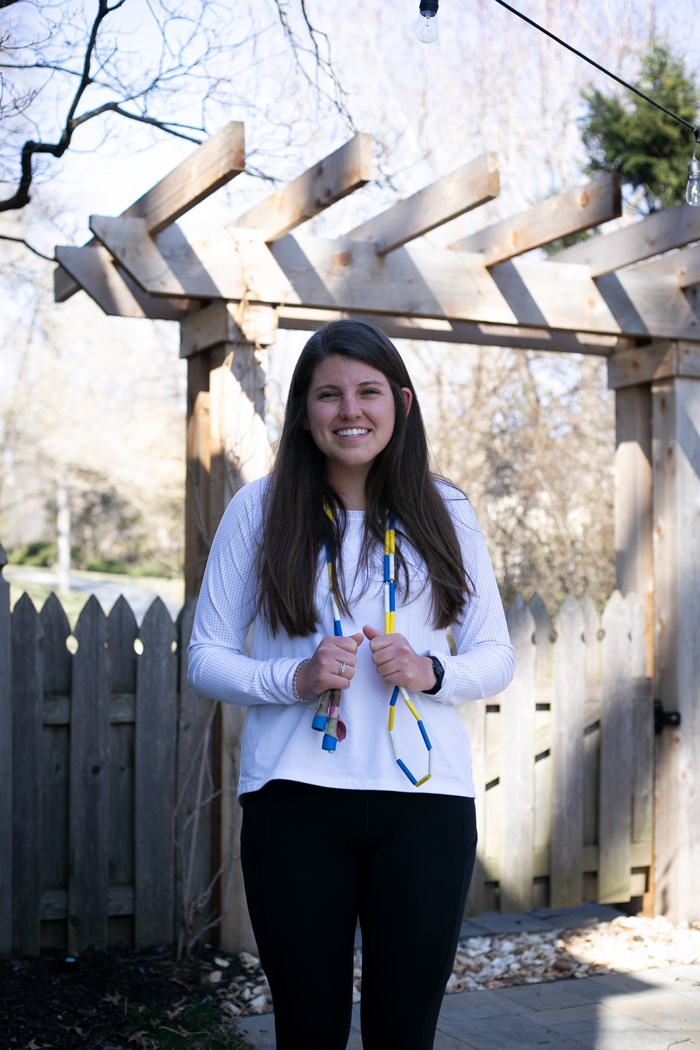 A lifelong jump roper, Maddie Deister decided to start her own jump rope organization to coach girls and help them build confidence. Studio Jump began in fall 2017 with about seven girls in each session; now, the 17-year-old has grown participation to about 25 per session. She attends Whitefield Academy and is interested in studying communications or medicine when she pursues a higher education. When she’s not coaching jump rope, she enjoys babysitting, hanging out with her friends, reading romance and mystery novels, watching comedy movies with her family and checking out every coffee shop in town. She lives in Mission Hills with her parents, Andy and Courtney Deister and her brother, Drew, and sister, Hannah (although her brother is off to college now).

I’ve been jump roping since fourth grade. I was on a team in Cincinnati, and then I started my own here because there’s not any jump roping anywhere. We lived in Cincinnati for a while, and then we moved here three years ago; I was on a performance jump rope team there and my team performed for NBA basketball games and college basketball games in the area. It was fun.

And then we moved here, and I couldn’t find a team anywhere in the area or anything even remotely like it. So I made my own.

Studio Jump is a way for girls to get exercise and to meet a bunch of friends, but also build a lot of character and a lot of perseverance and confidence. I believe it blesses girls to grow in their security and just grow as a young lady. And they absolutely love it. They love the friends they make, and they love just the idea of having a competition but not really a competition because you’re not really competing. You’re there to have fun and learn and grow in your athleticism.

Jump roping is a choreographed halftime show for basketball games. There are lots of grouped activities with big long ropes and individual ropes where people jump in sync together to music. It’s pretty much a mixture between cheerleading and dance, but I think way cooler.

I love seeing the girls change over the season or throughout the camp week. They really grow. One of my girls went from the very beginning would cry every time she would go in front of people because she was so scared to by the end jumping in front of a hundred people. It’s fun to see them grow in confidence and them getting from being scared to being just really excited about it and loving it.