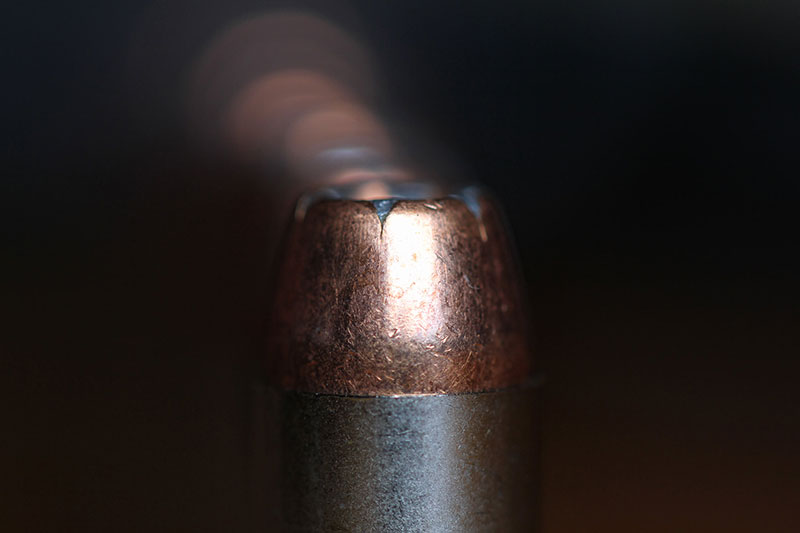 A Johnson County girl was burned when she sat on a still-hot stray bullet that hit the car she was in on the way home from a soccer game. Photo credit Cory Denton. Used under a Creative Commons license.

It should have been a happy ending to a fun-packed day. A girls’ soccer game near the Legends had just ended and Dan Huntington said he needed to stay behind to coach his boys’ team. So he sent his daughter, 10, to ride back to Spring Hill with her 11-year-old friend and her friend’s mom, Jamie Lingner.

As they headed south on U.S. Highway 169 near 199th Street on Sunday, Jamie’s daughter leaned toward Huntington’s daughter in the back seat to show her something on her iPad. It was when she straightened back up that she felt something amiss. It turned out a bullet had come through the passenger’s door and dropped onto her seat during those few seconds, said her aunt, Susie Cheatham. The bullet was still hot enough to burn her as she unknowingly sat back down on it.

Aside from the mark left by the hot bullet, no one was injured. But parents and friends of the family descended on the Johnson County Commission Thursday to demand action about the wild bullets they say have become an increasing danger as the populated suburbs meet the rural county near Spring Hill.

“We were only a couple of inches away from dealing with a real tragedy,” Huntington said as he described the events to the commission.

Reports of other close calls

Other speakers said the incident was far from isolated. Several said the property where the shooting was believed to have originated was well known to Spring Hill residents for frequent target shooting. Huntington said after the incident became known, people he knew began sharing accounts on social media of other close calls with bullets in that same area.

Commissioner Steve Klika, whose district includes Spring Hill, said there have been stray bullet incidents elsewhere in the county including Stilwell. The county will take the incident seriously and make safety its top priority, he said. But the county’s legal department will have to first look into what options they have that wouldn’t run afoul of state laws ensuring gun owners’ rights.

“It’s a very sensitive issue but it’s an issue that needs to be brought to the surface,” Klika said. “There are folks that live in the rural areas and want to do so with little government regulation and interference. But like you my biggest concern is that there’s got to be a balance.”

About 10 people who came to the commission meeting said the county needs to do more with zoning to regulate target shooting in populated areas. The area in question is near Sycamore Ridge Golf Course, Veterans Park and Spring Hill City Lake – all places where people are likely to be outdoors. And many people who live in Spring Hill who commute to Lenexa and Olathe are on that stretch of road every day.

“Spring Hill is not the sleepy little town that it used to be,” Huntington said. “Maybe 25 to 30 years ago that area was considered the outskirts of town and people could shoot guns without much of a threat to hit innocent bystanders. But that’s not the case today.”

He and other speakers pointed to Spring Hill’s rapid growth, saying there are too many people in that area to allow target shooting. Zoning ordinances aren’t strict enough in requiring protective berms, they said.

“Despite all the past incidents no one has ever been held accountable, which is mind-boggling to me,” Huntington said.

State regulations factor in what county can do

Don Jarrett, legal counsel for the commission, said the county will have to carefully check because there are a lot of restrictions from the state legislature on whether guns can be regulated.

But Cheatham said it should be safety first. “This should not happen to anyone else’s family. What we are not seeking to do is infringe on anyone else’s second amendment rights. But their rights should never supersede human safety,” she said.

The group met with Undersheriff Douglas Bedford and Captain Jeremy Campbell after speaking to the commission. Campbell said he had not been aware that there were so many problems with target shooting. He could find only two firearms complaints to the sheriff’s office in 13 years, he said. But the Spring Hill police department notified him of other complaints.

Meanwhile, Campbell said officers knocked on the door of the property they believed the gun was fired from, and the person who answered agreed to stop the target shooting. The case will be referred to the county district attorney once the incident report and other paperwork is done. Some neighbors said they’d like to see charges brought, or at least a civil suit, although the sheriff’s office has no control over civil matters.

Huntington said his daughter has been in a sort of daze since the event. In an emotional moment before the commission Thursday, he described her as an enthusiastic student who comes home from school to play soccer and do crafts.

“At least that’s how she was on February 29,” he said, pausing for a moment to clear his throat. “Since this incident on Sunday she’s been in kind of a daze at school. I haven’t seen her come home from school and so much as look at a paintbrush or pick up a pair of scissors. I hope I’m able to see that girl once again, but I don’t know for certain that I will.”