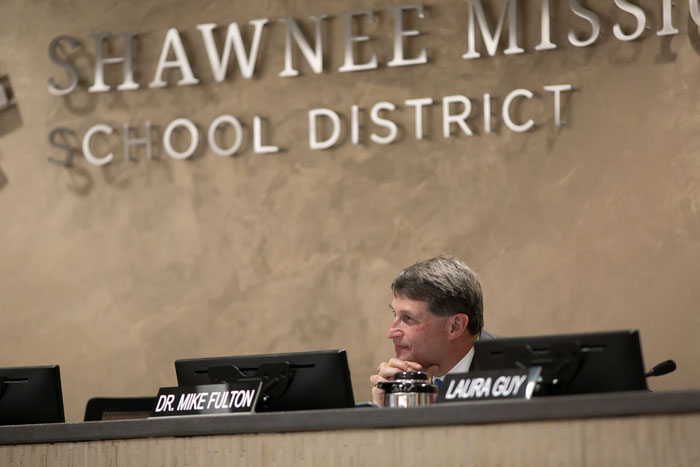 In a joint announcement with National Education Association-Shawnee Mission President Linda Sieck on Tuesday, Superintendent Mike Fulton said the district and union had retained a federal mediator to work through lingering issues related to the 2019-20 contract negotiations session.

“The parties have reached an agreement to use a federal mediator to facilitate the process,” read the announcement, which was sent to district staff Tuesday morning. “Mediation is scheduled for Thursday, March 5, 2020. This meeting is not open to the public. Out of respect for the collaborative discussions that are occurring, this is the extent of any update at this time.”

It’s unclear what issues, specifically, the parties will be discussing. The timing of the Department of Labor’s decision rendering the second and third years of the three-year unilateral contract approved by the board unenforceable added complexity to the process for adoption of a unilateral contract laid out by the state.

Teachers had until 4:30 p.m. on Friday, Feb. 14 to inform the district human resources which of the three options available to them they were choosing: continuing to work under last year’s contract; signing the three-year contract; or resigning.

With the Department of Labor’s ruling coming out late that day, many teachers had already made their decision without knowing that signing the district’s new contract would effectively only commit them to terms for one year, not three. Some teachers who had refrained from signing the three-year deal have suggested they should be given the opportunity to sign the 2019-20 contract now that it’s only a one-year deal.

The Department of Labor’s decision ensures that the parties will be back at the negotiating table to work on a 2020-21 contract. The parties are expected to send notices to one another on the issues they’d like to negotiate later this month.