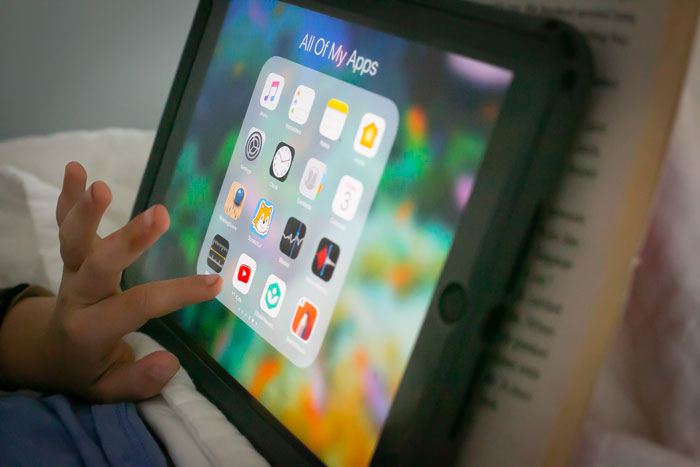 The USD 232 school board has unanimously agreed to purchase classroom sets of iPads for all elementary schools in the district.

Here is a list of items included with the $2.8 million purchase:

The purchase will allow one iPad for each elementary student’s use, and none of the devices will leave the classroom, district staff said. Additionally, the purchase agreement includes six sets of wired keyboards for each grade level in K-5.

Today, elementary schools across the district have a mixture of Dell laptops and iPads for a total of 2,110 devices for 3,340 students (roughly two devices for every three students), said Brandon Riffel, district staff member. This initiative devotes one set of devices for each elementary classroom and standardizes the quality and type of equipment.

This school year, pilot teachers in grades 3-5 have been re-evaluating the use of iPads in the classroom. District staff reported that feedback from these teachers has been overall positive, and the technology committee ultimately recommended implementation of iPads with Logitech crayons, cases and six sets of wired keyboards for grades K-5.

The technology committee’s other recommendation — to refresh iMacs in computer labs at the secondary level as well as computers in elementary school labs — is part of the district’s 10-year capital outlay strategic plan, according to the memo.
Elementary teachers’ iPads will also be replaced so that their equipment performs the same functions as their students’. District staff recommended timing all of the purchases to maximize discounts with Apple. Some of the old computer equipment may be repurposed in the middle school computer labs.

School board members asked a few clarifying questions about the purchases and wanted to make sure the devices earmarked for elementary students won’t leave the classrooms.

Renee Weatherman, a parent who has students at Prairie Ridge Elementary and Monticello Trails Middle, said she would like to have controls over any devices brought home. That way, she could limit distractions when it comes time for her middle schooler to do his homework. She would also like to be able to access information from her elementary student’s device so she can monitor screen time and how her student has used the iPad during the school day.

In an email to the Shawnee Mission Post, Weatherman said she was referring to a parent app called Securly, which she had hoped to utilize this school year.

Implementation of the iPads in elementary classrooms is slated for the 2020-21 school year. Professional development may begin sometime this spring.