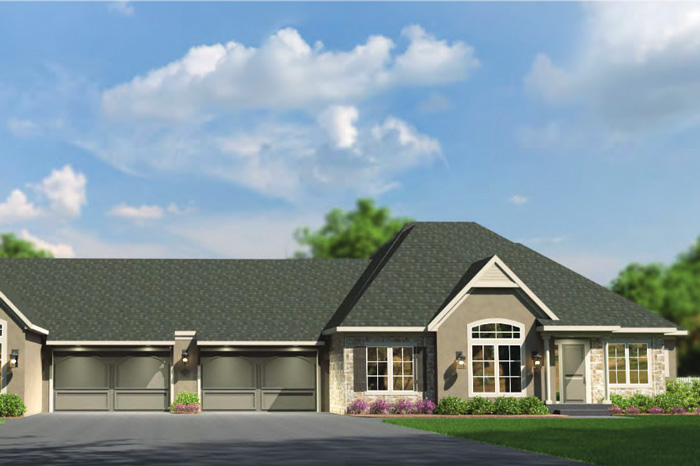 Located on about 9 acres on the south side of Midland Drive near Allman and I-435, the multi-family development Enclave of Mill Creek consists of 30 residential units in six four-plex and three duplex buildings.

A new single-family and duplex housing development is in the works in the south central part of Shawnee. The Shawnee planning commission has recently approved the development plan and rezoning for Enclave of Mill Creek.

Located on about 9 acres on the south side of Midland Drive near Allman and I-435, the multi-family development consists of 30 residential units in six four-plex and three duplex buildings. The project also includes demolishing a home on site that was built in 1927, as well as detached garage.

All of the units will have single-story ranch style architectural design, according to city documents. Each unit will be about 2,300 to 2,600 square feet and include a two-car garage, full basement and three to four bedrooms, as well as a media room and unfinished area for mechanical units and storage.

The project brings the overall density of 3.2 dwelling units per acre, and all driveways will feed onto a new public street that will extend off Midland.

In a presentation Feb. 19 to the planning commission, Ccity staff noted that they have received no complaints about a similar residential development nearby. Cypress Point Villas, which was built just west of the project area in 2003, has 26 residential units in duplex and four-plex buildings in a cul-de-sac off Midland Drive, with a density of 4.6 dwelling units per acre.

“You’re asking us to trade in the peaceful sounds of the night for bright lights, cars coming and going and the noise of over a hundred people,” the Villanuevas wrote.

Planning commissioners noted that this area is slated for infill residential development.

The city council will consider the rezoning at a later date, and the planning commission must consider a revised landscape plan and final plat for the project before construction can begin.

Other neighbors had some questions about the project, such as privacy for the surrounding neighborhood, construction timeline, density and market rate for each of the units. City staff said they are requesting additional landscaping to act as a buffer for the surrounding neighborhood. Mark Zielsdorf, planning staff for the city, said those details will be part of final plans.

The project required rezoning the area from residential suburban, estates and agricultural to a combined zone of planned unit development mixed residential. The Shawnee planning commission voted 9-0 to approve the development plan and rezoning of the site. Commissioners Bruce Bienhoff and Randy Braley were absent.