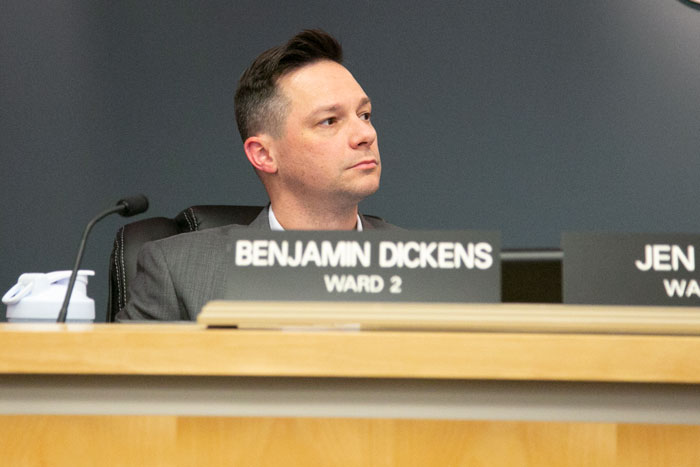 Originally brought forth by Councilmember Benjamin Dickens, the ordinance amendment addresses discriminatory language and practices within HOA covenants that ban “African Americans, Jews and other ethnic groups from ownership or occupancy,” according to city documents. Mayor Mike Kelly said that while it’s not the end of the conversation, it’s an important milestone.

“It’s a mark along the journey,” Kelly said. “One that will continue to make sure Roeland Park is the city that we all recognize it to be, that can continue to improve and make sure that its history isn’t lost — but that we also remain that city for all races that we hold ourselves out to be.”

Former city councilmember Linda Mau, who is African American, said the issues addressed in the amendment are already covered by state and federal laws, and that this is a “vanity ordinance.” She said she expected the city council to pass the “ordinance as a feel good measure, not one that has any teeth or substance.” Additionally, she said the money that was spent on attorney fees in relation to this ordinance amendment would have been better spent on infrastructure.

Councilmember Jan Faidley asked, in an effort to address Mau’s comment about money spent on attorney’s fees, how much to date the city has spent on those fees in relation to this ordinance amendment. City Administrator Keith Moody said he didn’t know the number off the top of his head, but that he was certain it was less than it would have been if the city tried to reconvene the HOAs and have them amend the covenants.

Faidley said she was aware that it was the less expensive option, but that despite the ongoing conversation around this topic, she takes “a little bit of an issue with the vanity question.”

“I do feel it’s the right thing to do,” Faidley said. “Is it a magic pill? No, those covenants still exist — but in some ways, it’s good that we don’t forget that they do and that it’s part of our history.”

Kelly said he doesn’t believe in the vanity issue: After Roeland Park approved the county’s first NDO, surrounding cities followed and “created a process to give these claims teeth,” he said. Roeland Park amended its NDO last year and became the beneficiary of the work of other Johnson County cities, and that work created a process that allows this amendment to have some weight behind it, he said.

Councilmember Michael Rebne asked if it would be better for someone files a racial discrimination claim to go through other, existing channels. Rebne said that in some federal cases, the person who files is reimbursed for legal fees. Moody said the person who files the complaint with the city will be provided an investigator and hearing officer free of charge. If the accused person were to make an appeal after the Roeland Park municipal judge finds them guilty, and the case were to move beyond the city, Moody said the city would not provide representation or reimbursement of fees.