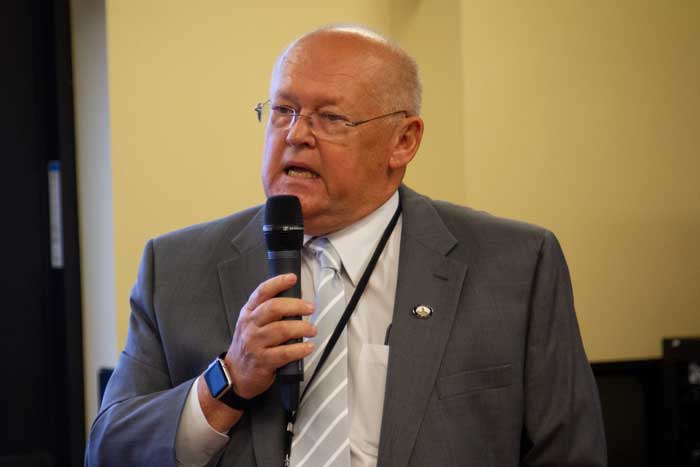 Each legislative session, we provide Shawnee Mission area legislators the opportunity to share their thoughts about what’s happening in the state capitol. This week we’re scheduled to get updates from Rep. Cindy Holscher, Rep. Rui Xu and Sen. John Skubal. Sen. Skubal’s column is below.

The legislature struggles to get bills that will help Kansans in front of both bodies. I’m most disappointed in not being allowed to debate the Medicaid bill that was put together in a bipartisan effort. One bill I hope to work is the Transportation bill “Forward” which is a new ten year plan. This plan will be reviewed every two years to determine if projects are still valid. Ten years is a long time for a project to remain valid so this is an evolving program. The projects covered in “Forward” were decided by over 2,000 Kansans across our State. It will be a multi-modal with each of the 105 Kansas counties getting at least $8 million to help rebuild our infrastructure. The meetings produced over $18 billion worth of needs. The “Forward” program will total under $10 billion for the ten year program. I hope when we debate this program, it will receive overwhelming support from both the House and the Senate.

Our budget is currently being determined by sub-committees from Ways & Means. I sit on six sub-committees charged with chairing both Education and Transportation budgets. We will have both final reports finished by the end of next week. My hope is to have a budget in final form before we leave Topeka during the month of April before returning in May for the veto session.

Much work remains to be done and everyone is ready to finish this session with the hope of making Kansas a better place for all its residents.