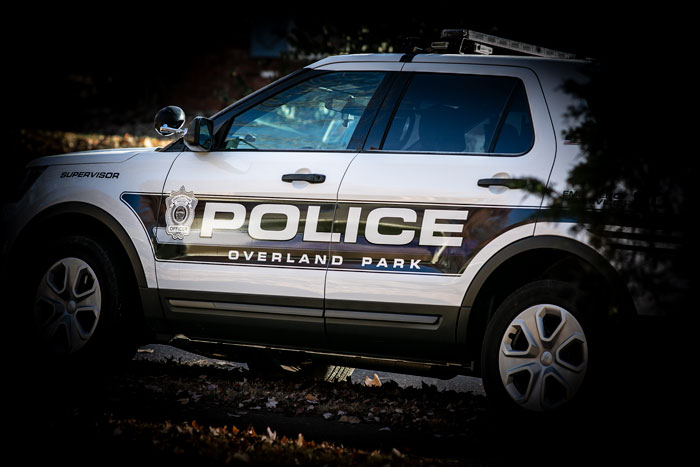 Overland Park took the first step toward creation of a new mental health task force earlier this month, and part of the group’s purview will be to review policies related to how the police department’s crisis intervention team reacts to incidents where mental health issues are a contributing factor.

The mother of a son who was killed by police in just such an incident says she’s hoping the new task force will help prompt the Overland Park Police Department to update its use of force policy so that it’s in line with neighboring cities on the issue of shooting into a moving vehicle.

Seventeen year old John Albers was shot and killed by Overland Park Police Officer Clayton Jenison in January 2018 after officers were sent to the home to check in on John after a friend saw him threatening suicide on FaceTime. When they arrived, John was in the process of backing the family’s minivan out of the garage. Jenison opened fire on the vehicle as it moved down the driveway, killing John.

The Albers sued the city for wrongful death over the incident. In January 2019, Overland Park settled the suit for $2.3 million instead of going to trial.

In the wake of the settlement, John’s mother Sheila has lobbied for more transparency in officer-involved shootings, getting behind a bill making its way through the statehouse that would require more documentation to be made public from the investigation of such incidents.

She’s also been vocal in her belief that Overland Park should update its use of force policy to more strongly discourage officers from shooting into moving vehicles. A better policy, she says, will lead to better training and better outcomes.

The use of force policies on the books in Olathe, Mission, Westwood, Merriam and Leawood all begin with a version of the phrase, “Shots fired at or from a moving vehicle are rarely effective.” All of those departments contract with the firm Lexipol, which provides policy, guidance, training and resources for law enforcement agencies.

The policies in place in Prairie Village, Shawnee, Roeland Park and Lenexa all include some variation of the phrase, “Police officers shall not fire their weapons at a moving vehicle except as a last resort…” That phrase is derived from recommendations by the Commission on Accreditation for Law Enforcement Agencies, Inc. (CALEA), which sets standards for public safety organizations.

Of the 10 departments whose use of force policies the Shawnee Mission Post reviewed, Overland Park is the only one that does not include either set of boilerplate language.

Officers will not discharge a firearm at or from a moving vehicle except in self defense or defense of another and when the suspect is using deadly force by a means other than the vehicle unless; a reasonable officer could infer the vehicle is operated in a manner deliberately intended to strike an officer or citizen and all other reasonable means of defense (including moving out of the path of the vehicle), have been exhausted, are not practical or are not present; and the safety of innocent persons would not be unduly jeopardized by the employee’s action.

Overland Park Police Chief Frank Donchez says the policy “is clear about the use of force regarding shooting into a moving vehicle and that it’s an absolute last resort for any officer, after all other practical means to stop the threat have been exhausted.”

He also notes that the “current policies meet all of the criteria for national accreditation with CALEA.”

And law enforcement leaders from departments that use stronger language than Overland Park’s are quick to point out that their policies must be considered in their entirety, and that no single phrase in a policy should be taken as representative of the whole thing.

Capt. Brad Robbins of the Leawood Police Department, for example, said that the third sentence in their policy — which says, “An officer should only discharge a firearm at a moving vehicle or its occupants when the officer reasonably believes there are no other reasonable means available to avert the threat of the vehicle, or if deadly force other than the vehicle is directed at the officer or others” — is better at describing “the thought process that officers should be evaluating before discharging their weapon at a vehicle.”

“The real world is full of gray areas that are difficult to capture in black and white policies, which is why one sentence seldom if ever can fully define a response to something so dynamic,” Robbins said.

But Sheila believes the differentiation between Overland Park’s policy and the other policies in Johnson County is significant. She wants to see the department be proactive about getting public input on the current policy and adjusting its language — and training — accordingly.

“Overland Park’s use of force policy was written with no community input and does not support best practices in policing found in similar cities across the United States,” she said. “Poorly written policies give government officials the ability to justify most any decision. Pulling a car out of garage in a straight line at 2.5 mph was deemed an imminent threat and used to justify an officer firing his weapon 13 times [at my son].”