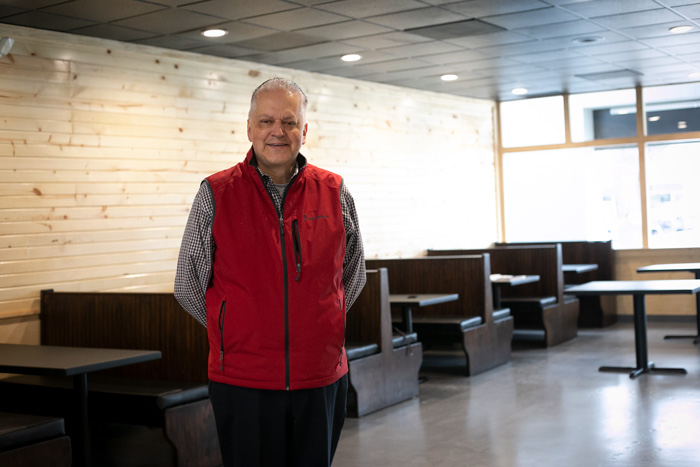 Victor Esqueda said he and his business partner, Alejandro Hernandez, are opening their second Ixtapa restaurant at 95th and Metcalf.

The owners of Ixtapa Fine Mexican Cuisine in the Northland are making plans to open another restaurant under the same name in Overland Park.

Named after a resort on the Pacific coastline in Mexico, the new Ixtapa will be on the site of a former First Watch at 7305 W. 95th St. Victor Esqueda and Alejandro Hernandez said they expect to open the restaurant by early April.

Esqueda said their dishes are recreations of his and Hernandez’s family recipes from Mexico — specifically from Guadalajara, Esqueda’s hometown.

“Everything you know about Mexican food is a lie,” Esqueda said. “Before I came to the United States, I’d never ever seen in my life a crispy shell taco, ground beef, yellow cheese, chimichangas, sopapillas…. burritos, fajitas, nachos, cheese dip, even chips. Sorry about my language, but I remember to ask very nicely, what is that? Mexican food really?”

Esqueda, who also owns Cacao at 103rd and State Line in Kansas City, Missouri, said his hope is for customers to come to their new restaurant with “an open mind” to learn about traditional Mexican cuisine. For instance, they will prepare dishes using the yellow flowers of a winter squash — known as “flor de calabaza” in Spanish.

“My food is going to be lean, light and full of flavor,” Esqueda said. “No greasy, no cheesy, no refried. For example, the simple things: Tacos need to be soft corn tortilla, steak, pork loin, chicken breast or fish. Not crispy, no ground beef, no shredded lettuce and thank you Lord, no yellow cheese.”

The owners said they picked this location near 95th and Metcalf because of its proximity to the businesses and restaurants already established in the area.

“I think it’s going to be a very nice location,” Esqueda added.