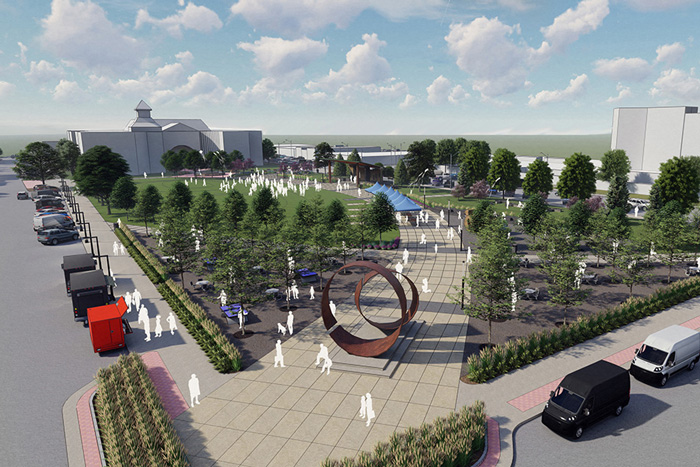 Here is a rendering of the preferred concept for the Johnson County Square.

Veteran dad reunites with son at Pawnee Elementary. A Pawnee Elementary School student received a unique surprise during school on Wednesday: his dad. After an eight month deployment overseas, U.S. Navy Electronic Tech 1st Class Andrew Hart surprised his son, Abe, at school. Hart told KMBC 9 News the surprise couldn’t have gone better, and that he was amazed at how much his 7-year-old son had grown. Additionally, Hart said the surprise makes what he does worth it, and he’s proud to be a part of the U.S. Navy. [Sailor surprises son at Overland Park school — KMBC]

Police alert prompts lockdown, late dismissal at Merriam Park Elementary. While the Merriam Police Departmentinvestigated an incident north of 61st Street Thursday afternoon, Merriam Park Elementary School was put on lockdown. The police said there was no threat to children, but the lockdown was a precaution. Just 15 minutes later, the lockdown was lifted and students were released shortly after 3:30 p.m. The investigation was regarding an elderly man who had a BB gun, according to 41 Action News. The man was not taken into custody and did not make any threats to the school.