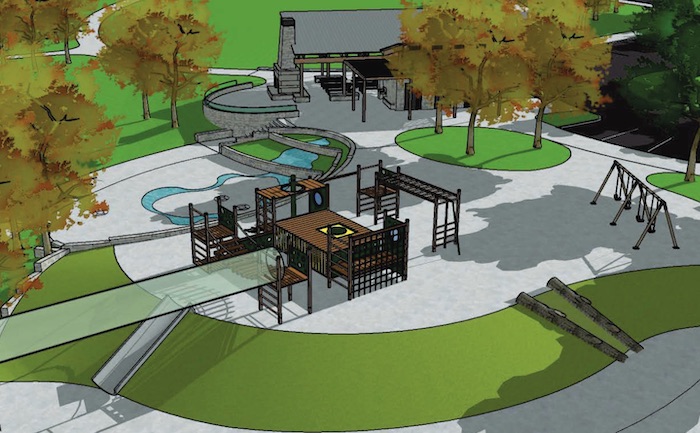 Here is a design rendering for the playground area at Wilder Bluff Park.

The Shawnee planning commission got a first look last week at proposed features for Wilder Bluff, a new park on the northwestern side of the city.

The proposed 40-acre park is located at 55th Street and Belmont Drive.

The area has native prairie on the north half of the property, so plans include trails and a scenic lookout. Design plans for the south side of the park include several other features such as:

Additionally, the park will feature multiple trailheads from the surrounding neighborhoods.

Here are few other design renderings for the project: 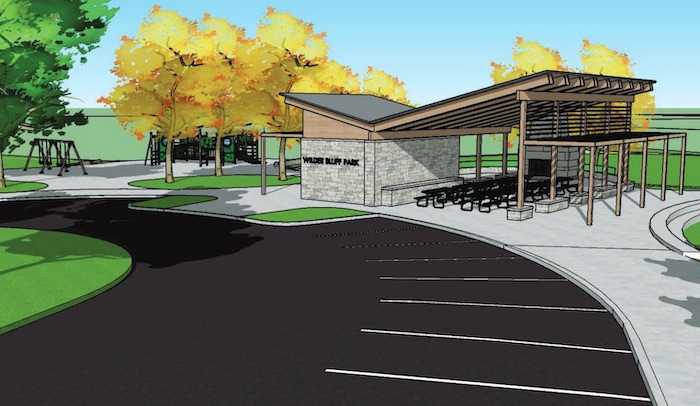 The city’s budget for the park is $4 million and is included in this year’s budget.

Leading the design, architecture, engineering and construction for the new park are Confluence, SFS Architecture, GBA and Centric. Representatives from these companies led a presentation Wednesday evening for the planning commission. No action was taken.
The design process included a public input process in which residents shared what they would like to see at the park.

The Shawnee city council will consider the final conceptual design of the park on Monday evening.