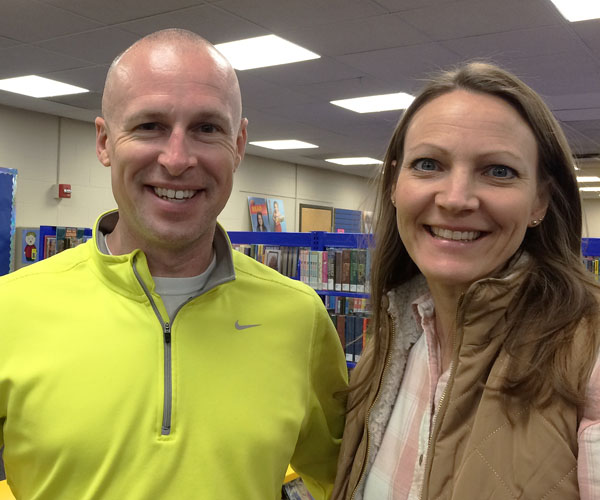 Todd and Paige Boyer and their kids frequently walk to Antioch Library at 8700 Shawnee Mission Parkway, and those trips are a big part of how the family spends time together. It’s where 12-year-old Tess and 9-year-old Tyson developed a fervent love of books and became voracious readers. “We borrow so many books. Our kids have access to so much here,” Paige Boyer says. “We’re not a screen family… This is their imaginative entertainment, reading.”

Merriam has been home to Todd and Paige Boyer since 2002, and they are heavily invested in the community. Johnson County Library is a big part of that. But their connection to libraries began with Kansas City’s Central Library, where Todd was an events coordinator from 2006 through 2014. He previously worked at the Hyatt-Crown Center and took his events planning expertise to the new Central Library, which opened in a former downtown bank building in 2004. “That’s where I realized the value of a Library system, how broad their reach can be beyond just facilitating resources,” Todd now says.

Paige had been taking their toddler Tess to the Kansas City Library for Storytime, when she realized she could get the same services at Antioch. Tess loved Antioch Storytime with “Mr. Bradley,” (Bradley Debrick, Johnson County’s Early Literacy Coordinating Librarian). Then Tyson came along and always enjoyed Storytime with “Miss Dorian,” (Dorian Assenmacher, youth information specialist at Antioch.)

As the children have grown, so has their Library connection. Tess did 4H gardening club activities at Antioch. Tyson did “Read  to a Dog” at a different branch. The kids attend school near the new Lenexa City Center Library and go there on field trips. They followed Harry Potter events at various branches. Paige enjoys Christian theology books and Todd reads about American history and current events. Tess and Tyson check out dozens of books each week. “They always eye the new book shelf. They put books on hold themselves. We use the bookstore. They know their library card numbers. They are here at least once per week,” Paige said.

Meanwhile, Todd got active in Merriam’s zoning appeals board and planning commission. He then served on the City Council from 2013 to 2015, where he was part of the planning for the Ikea store. “For me, it was appealing to be a part of changing Merriam’s brand,” he said. In 2015, Todd found a new way to serve the public, as an Olathe police officer, which he finds very fulfilling. In addition to her Mom duties, Paige is a part-time cytotechnologist, screening cellular specimens for cancer changes.

They both appreciate Johnson County Library’s innovations, including new branches. Todd sees the Lenexa branch’s synergy with the Civic Center as a great model, and looks forward to a new Library as part of Merriam’s Community Center. Still, he says Antioch Library will always be a cherished landmark for the family. “This is a place,” Todd says, “where our kids grew up.”

To find a Johnson County Library location near you, visit jocolibrary.org/locations. 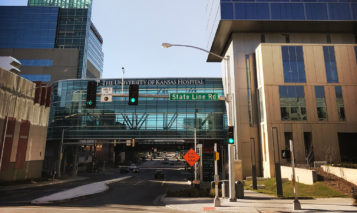