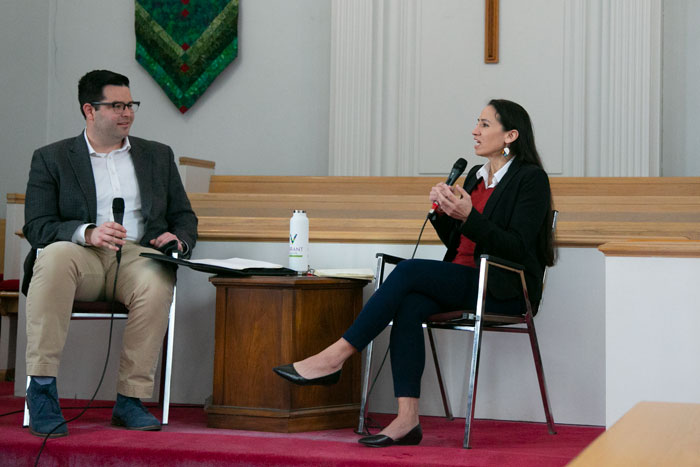 As part of an outreach series coordinated by Davids’ office, the Congresswoman hosted a community conversation at the Roeland Park United Methodist Church, 5110 Cedar Street. Roeland Park Mayor Mike Kelly moderated the conversation, and posed questions to the Congresswoman on a variety of topics including small businesses, climate change, early education, and a common hot topic for Davids: healthcare.

Throughout the conversation, Davids discussed different bills she and fellow Congresspersons have and are bringing forward, as well as her positions on the Transportation and Infrastructure and Small Business Committees.

Members of the audience had the opportunity to ask questions with notecards, and many of those submitted questions pertained to the current presidential administration. Davids said she voted in favor of the articles of impeachment because she felt she had no other choice after reviewing the evidence, and that the expansion of executive powers has been an issue on her radar since before the current administration.

Below is a video of the community conversation, recorded by the Shawnee Mission Post. To listen to Davids’ responses to a specific question, see the timestamps below: