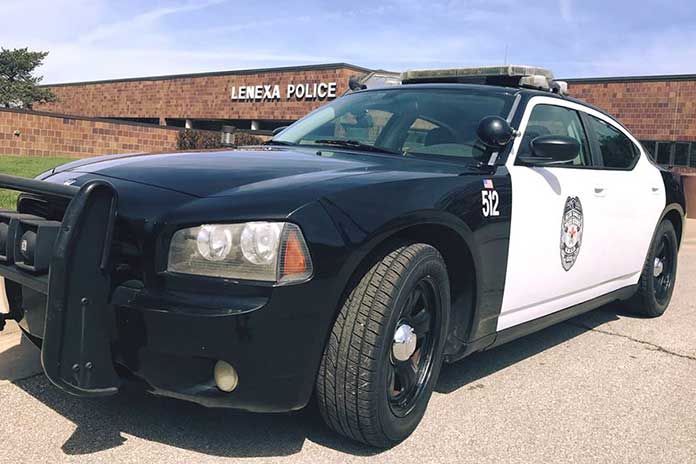 Editor’s note: This story was updated at 3:27 p.m. to reflect new information.

Lenexa Police say two vehicles were stolen from the QuikTrip near College Boulevard and Pflumm Road about 5:20 Friday morning.

In a news release, Master Police Officer Danny Chavez says both vehicles were left running unattended while the victims were inside the convenience store.

Officers spotted one of the stolen vehicles in the area of 95th Street and Interstate 35 and attempted to make a traffic stop shortly before 6 a.m. Chavez says the vehicle fled at a high rate of speed and officers discontinued the traffic stop.

“Other officers were able to use stop sticks to deflate the tires of the fleeing vehicle, and it became disabled in the 7500 block of northbound I-35,” Chavez said. “The driver of the vehicle fled on foot, but was apprehended at about 7 a.m. with the assistance of K-9 officers.”

Police say that suspect is a 15-year-old male.

The second vehicle was found abandoned in the 15900 block of College Boulevard around 6:45 a.m.

“We believe that the two suspects who stole the two cars were working together, and arrived at QuikTrip in the same vehicle being driven by a third person,” Chavez said. “On especially cold mornings, such as today, thieves are on the lookout for unoccupied and running vehicles.”

Police say vehicles should never be left running while unattended unless they are equipped with remote start.

On Twitter, Merriam Police posted about 6 a.m. that they were working a crash which involved a “criminal investigation” in the area of Interstate 35 and 75th Street. Lenexa Police posted on Twitter that this was one of the vehicles that had been stolen from their city. The suspect ran from the crashed vehicle, but was arrested a short time later.

Police say both vehicles were left running in the convenience store parking lot when they were taken.

No injuries were reported in the crash.