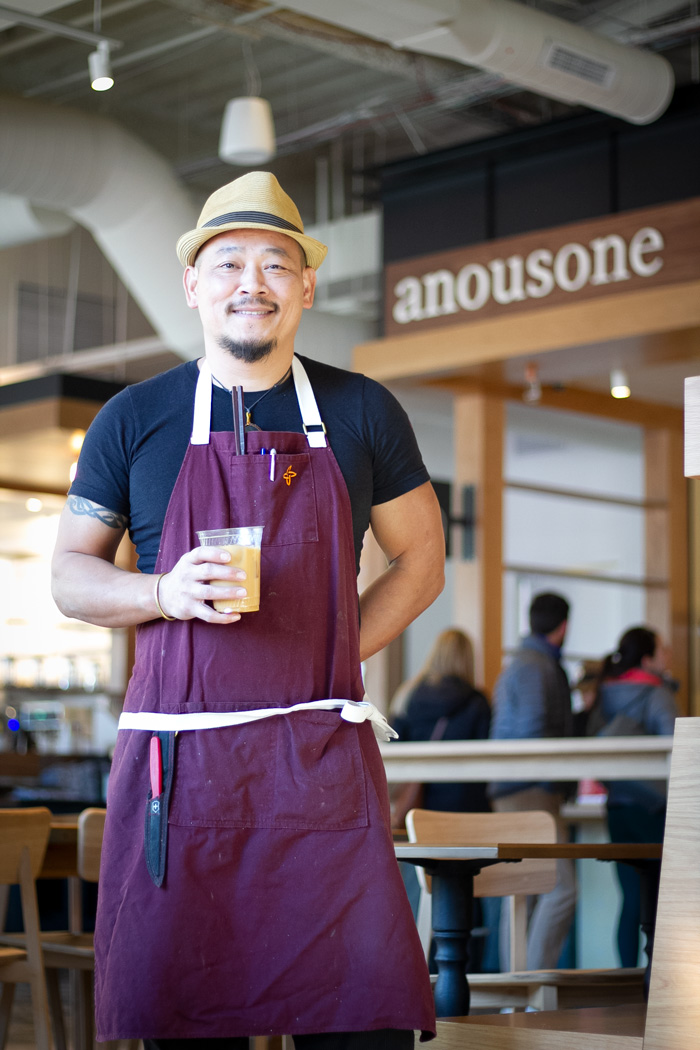 Bringing friends and family together over a shared meal means everything to Anourom Thomson, a lifelong Kansas City-area chef. A 1993 graduate of SM South, Thomson studied psychology briefly at Johnson County Community College on a soccer scholarship. But after injuring his knee — and cooking for his friends at dinner parties — he switched gears and found his passion was in the culinary arts. After getting trained at JCCC and earning experience at Hereford House, he ran his own food trailer, Anousone Mobile Cuisine, at Little Piggy Food Lots (Southwest Boulevard, KCMO) before being offered the opportunity to run his own kitchen, Anousone, in the Edison District in downtown Overland Park. He brings more than 20 years of cooking experience — Lao-fusion comfort food of his own design and reminiscent of his childhood — to Strang Hall, which opened in December. When he’s not cooking or spending time with family, Thomson enjoys the outdoors, especially biking on the many trails in the metro area. He lives in Kansas City, Missouri, with his wife, Nikki Malomo, and their son, Champa.

We are hardworking. I’ve got Mom back there [in the kitchen] (not his real mom — part of Lao culture is to call elders Mom or Dad), she’s 70 years old and working. I’m in that same kind of bloodline. She’s from the Old World capital, Luang Prabang, and I’m from the new capital, Vientiane. Every Lao mom is my mom.

The Lao culture is very family oriented. The community knows each other so well. With the Lao community, they work so hard that when you have a house party or a celebration, you’re inviting, you know, everybody.

But you know, when people can’t make it ‘cause they have odd hours, they’re always making enough food for everybody to take home to their husbands, wives, kids. So it’s always about sharing and giving away and enjoying each other’s company.

I got sponsored coming to the United States in 1980. In the early 80s, when my American father married my mom, they were doing the same thing, kind of helping mentor the other Laotian families that were coming in, taking care of them. So I’m kind of paying it forward in a way.

Both my parents are back in Laos. They’ve been there for probably 18, 19 years. And, they come back once a month just to visit. But it’s very much a tradition of ours to really just give. I guess it’s the Lao way. The saying goes “Bo-ben-young.” “No worries.” It’s almost a Buddhist lifestyle in a way. You could be down on your luck, but life gets better. It’s not the end of the road.

You could be stressed out or swamped, but we always carry a happy face. Yeah, we get frustrated, but we know we get through it. And issues that come up, we don’t worry about it. We take care of the guests and do the best we can.

A lot of people have this mentality that it’s Chinese food, or all Asian food tastes the same. But no, we like to educate in that area. That’s why we do a lot of tastings here with our guests that have not been here before. I educate about the Lao culture and different aspects of Asian culture, but mainly mine. How we eat is different from how other cultures eat. With sticky rice for example, we eat with our hands. You pick up the rice, dip it in your sauce, pick up the meat. Daily eating is with your fingers — not chopsticks. The only time we use chopsticks is to eat pho or some kind of noodle.

We grew up as kids eating with our hands, and the best part about it, food just tastes better when it’s in a natural habitat of just picking it up, eating it. Plus it saves washing dishes. 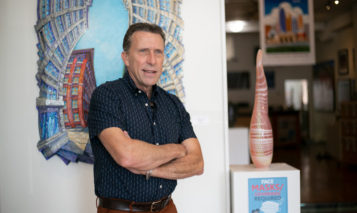 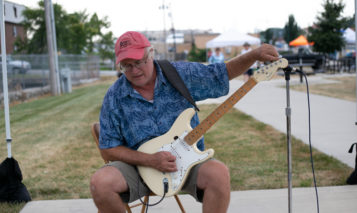 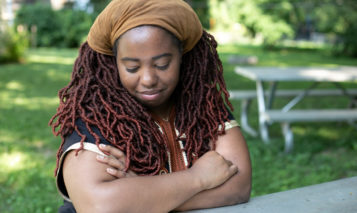 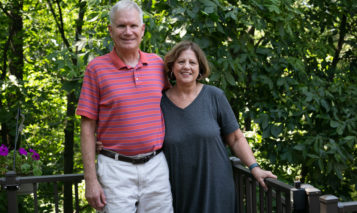