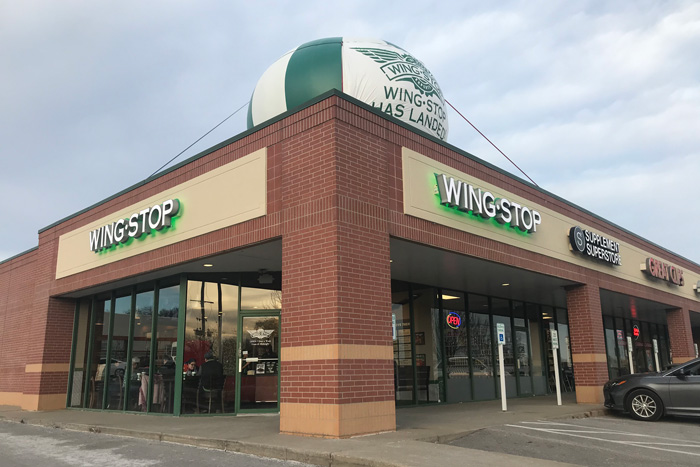 Wingstop, a buffalo-style chicken wing restaurant based in Texas, has opened its first Shawnee Mission location this week.

The Shawnee restaurant makes the seventh location (company-owned or separately owned by a franchise) in the Kansas City metro area.

Dakota Penner, general manager, noted that Wingstop has had significant growth in the Kansas City market; in fact, another restaurant may be coming this summer to Raytown, Missouri, as well.

“We’re expanding our Kansas City market like crazy right now,” Penner said. “They’ve done the test in Olathe and Shawnee, and we’ve really excelled the numbers they thought we were going to do. So they’re planning to open a lot more in the Kansas City area.”

The menu mainly comprises of bone-in wings, boneless wings and chicken tenders in a variety of flavors from spicy to sweet. Sides include French fries, fried corn, rolls and veggie sticks.

“It’s been crazy just ‘cause everybody’s been waiting for us to open there,” Penner said, noting that many customers came in during training the past few weeks.

Wait times are about 15 minutes because everything is made to order, Penner said, noting that majority of orders are take-out rather than dine-in. There are a few tables for customers who’d rather dine in, he added.

“We’re excited to be in the area; we really like to take care of our guests in our community,” Penner said. “We’re new to the area, we’re really hoping to become that staple of wings in the Kansas City market.”

The restaurant’s number to call to order is 913-354-9464, ext. 1. Hours of operation are 11 a.m. to midnight daily. Orders can be placed online, on the phone or on the Wingstop app. Penner said online deliveries from the Shawnee restaurant will be offered on Doordash in about a month.