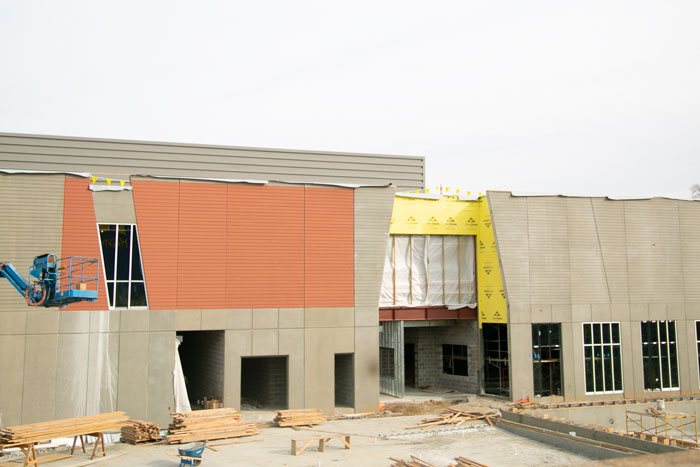 The new Merriam Community Center cannot open to the public without three critical construction elements, which have yet to be delivered due to COVID-19 impacts. This will set the community center opening back by three weeks, according to city staff.

Children under 2-years-old get in for free, and day pass fees will be $9 for residents and $11 for non-residents. There is also an option to purchase a charter membership prior to June 1, with the perk of getting two months free.

Although the city originally proposed a base rate fee of $45 (or $540 annually), inflation and two budget factors caused that rate to increase, Slocum said. The adjustment to 2020 dollars, as opposed to the original 2016 dollars, calls for a 3% annual increase for the cost of goods and services, which amounts to approximately $100,000. Additionally, “the average rate of pay for a part-time position has increased” by $2.25 per hour, which comes to another $100,000.

On a similar note, Councilmember David Neal said he believes the city council has “an obligation to make this broad based.” Neal said if the higher rate were approved it may not hit its membership number goal, and the city should get people excited and in the door with a lower rate. Additionally, he said if the city finds it needs to raise membership fees after approving a lower rate, that would be understandable and acceptable.

Councilmember Bruce Kaldahl asked Slocum if it would be possible to extend the period for purchasing a charter membership, which is $45 monthly when broken down, to 30 days after the opening of the facility. Slocum said it would be reasonable, but that the selling point of a charter membership is the two months free perk and therefore, the benefits would look different.

Councilmember Chris Evans Hands — who had suggested motioning for the higher rate first and if it didn’t pass, to work their way down — motioned to approve the highest rate, or option A. Neal was the sole councilmember to vote against the motion, and said he thinks the city should start with a lower rate to broaden its potential base.