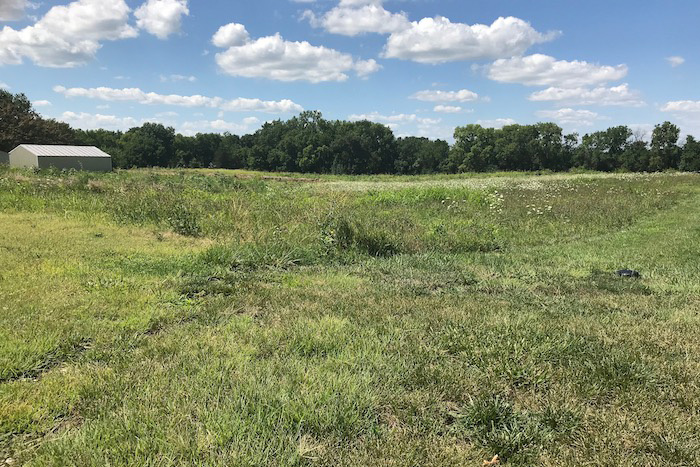 The site of the newly named Wilder Bluff Park at 55th and Belmont in Shawnee overlooks the old town of Wilder.

A new park coming to 55th and Belmont in northwestern Shawnee is going to be named Wilder Bluff to commemorate local history.

The city council on Monday unanimously agreed to the name, which came as a recommendation from the city’s parks and recreation board. The recommended name was a result of public feedback and discussions among city staff, park board members and the Monticello Historical Society. The park will be called Wilder Bluff because it overlooked the old town of Wilder.

“It’s been a great process involving the Monticello Historical Society,” said Neil Holman, parks and recreation director, noting the high turnout of residents at public meetings who in turn voted on their favorite names. “With the public and the voting, I think it turned out very nice and everyone seems to be happy.”

“Shawnee has a strong history and foundation,” Distler said. “Everything new that we do, we try to incorporate that history in there so we don’t lose it. For generations to come, as kids are playing at that park and they’re like, ‘Why is it called Wilder Bluff?’ And then they go to learn why.”

Councilmember Lisa Larson-Bunnell, a member of the Monticello Historical Society, recounted some of the history associated with the site.

“This is also the area where Thomas Anderson built his house,” Larson-Bunnell added. “For those of you that want to hear a good story, his escape from a prisoner of war camp and walking basically from the southern United States all the way up to Wisconsin, that history and that story is really impressive.

“Elements of the story were built into the house that he built; there were architectural elements that you can still see today that have to do with his escape from this camp and the journey that he took. It is such an incredible historical area and I’m so glad that we can recognize it with such a strong name.”

Holman said the city will consider recommendations for the park’s design on Feb. 24.