The Roeland Park city council on Monday evening approved its 2020 street maintenance task order, as drawn up by the city engineers at Lamp Rynearson.

In 2020, 12 streets will receive either a chip seal or ultra-thin bonded asphalt surface (UBAS) street treatment. The first treatment seals cracks by spraying a mixture, spreading chip rocks on it and then rolling the chip rocks until they are embedded in the surface, according to the city of Overland Park. UBAS treatment involves a portion of the top of the existing pavement and then applying UBAS to seal the pavement, according to Overland Park.

Below are the streets that will receive a UBAS treatment in 2020:

Below are the streets that will receive a chip seal treatment in 2020:

The annual city budget for in-house street maintenance and surface treatments is $370,000 with roughly $80,000 or less spent “on the in-house street maintenance program,” according to city documents. The leftover $290,000 is used for contracted surface treatments, but the UBAS and chip seal estimates for this year’s work puts the city $20,000 over budget. Currently, the UBAS treatment amounts to over $193,000 and the chip seal comes in at over $117,000. Both estimates have a 5% built-in contingency to account for increased prices.

Public Works Director Donnie Scharff on Jan. 21 brought forth a recommendation to city council to discuss the street maintenance task order, at which time he suggested the city use the leftover funds from the in-house portion of the program and the 5% contingencies to cover the deficit. Additionally, Scharff said the city will have to see what the bids for the chip seal and UBAS treatments come in at, perhaps under budget.

Mayor Mike Kelly said he hates chip seal, and while he understands it benefits certain surfaces and is important, he hears numerous complaints from residents about it. Councilmember Jennifer Hill said that last year, the city council heard many concerns about gravel, and asked Scharff to clarify that the gravel is chip seal.

The city council then discussed potentially selecting a street to take off of the task order in case the bids come in high, or leftover funds are unavailable. Councilmember Jim Kelly said that if Roe 2020 were not happening this year, he would not be as concerned about allocating leftover funds to these treatments.

The city council decided to put the item on new business for Monday evening’s meeting, at which point they approved the maintenance order unanimously. If a street needs to be taken off of the list, Scharff will present another recommendation to city council at that time. 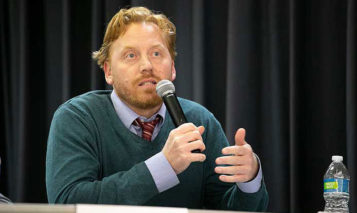