The $3 million first phase of the makeover of Strang Park will include a nod toward Overland Park’s railroading history along with new pickleball and basketball courts.

Park planners intend to build an inclusive restroom and picnic shelter tentatively designed to look like a train depot and trolley platform, city council members learned Wednesday night. The park still has remnants of the tracks from when the Strang Line interurban railroad ran through it in the early 1900s.

The council’s Community Development Committee reviewed the proposals for the park’s new master plan presented by Scott Shierk, manager of parks and forestry. The plan is the result of public input sessions and work by landscape architects Vireo. Here’s a look at the preliminary development plan presented to the community development committee this week: 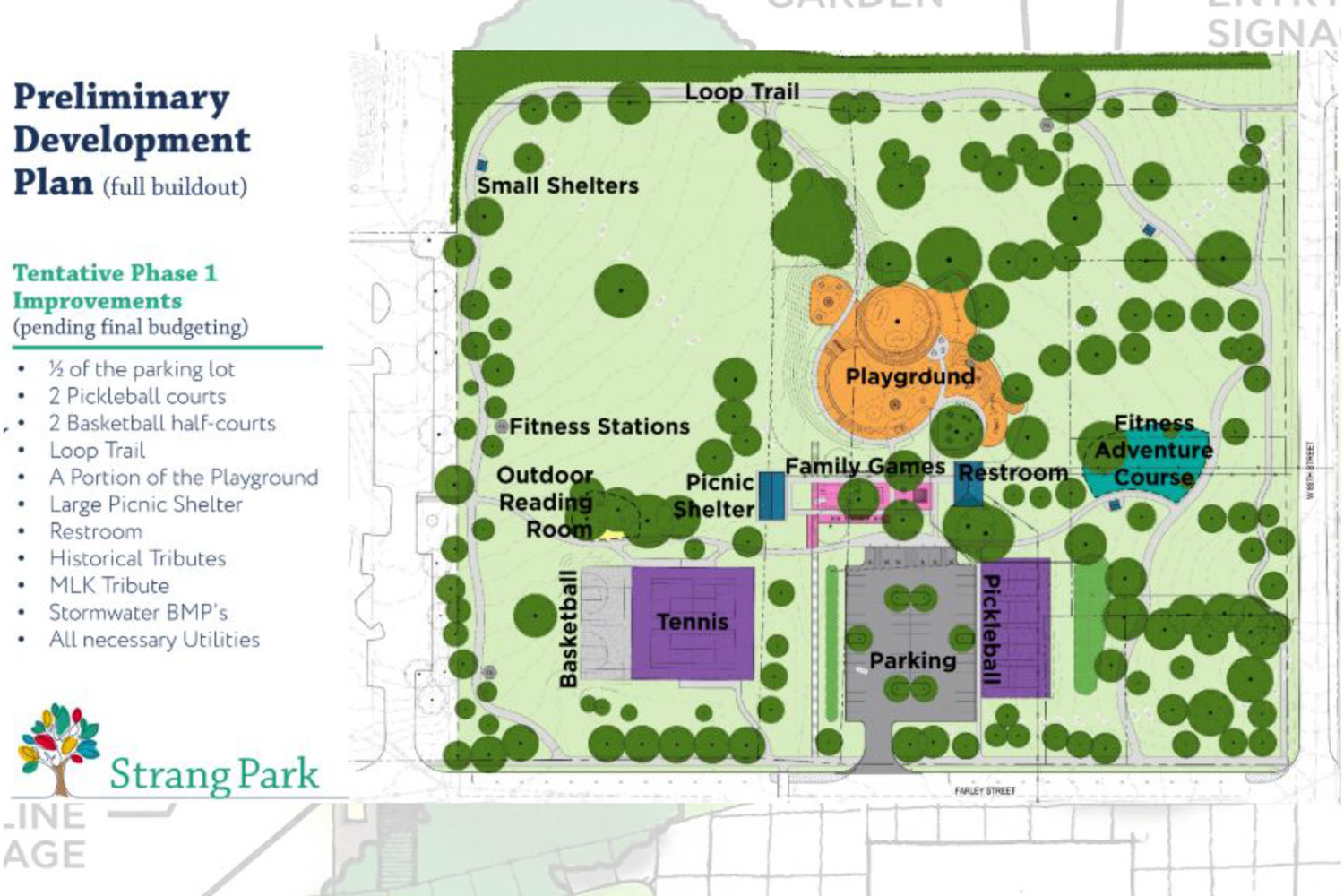 The first phase of the work will include a restroom that can be easily used by families with special needs children, Shierk said. The restroom will forgo automatic faucets and toilets in favor of manual ones that are not as likely to startle those users, he said. In addition, it will have larger diaper changing stations.

First phase plans also include a partial rebuild of the current parking lot, two of the four planned pickleball courts, two half-courts for basketball and a widening of the loop trail from the current four feet to eight. A portion of the all-inclusive playground will also be installed, as well as historical tributes, he said.

Exercise stations and other shelters would be added during another budget cycle, he said.

The committee okayed a $208,000 contract with Patti Banks Associates to do the final design and construction plans. If approved by the full city council, construction would happen this summer.