A “chance encounter” at an Olathe movie theater brought Michael Williams, a Wounded Warrior Fellow working for U.S. Rep. Sharice Davids, into Army veteran recipient Kyle Prellberg’s life. This week, Prellberg accompanied Davids as a guest at the State of the Union address.

At the time Williams and Prellberg met, Prellberg found himself down on his luck: he’d lost his marriage, he’d lost his job and he’d been unsuccessful in trying to get a Purple Heart for an injury while serving in Afghanistan in 2012. Since he’s been connected with Davids and Williams, Prellberg has received his Purple Heart and has moved into Veterans Community Project housing in Kansas City, Mo.

Davids said watching Prellberg receive his Purple Heart, which he had been trying to get for seven years, was one of her most memorable experiences as a Congresswoman. As someone who grew up in a military family, Davids has seen firsthand the struggle veterans have when trying to access services. Highlighting the needs of veterans was one of the reasons she invited Prellberg as her guest to the address.

For his part, Prellberg called the experience of being in the Capitol for the speech a “once-in-a-lifetime thing.”

“To get a glimpse of the inner workings of the Capitol has just been one of the more eye-opening experiences of my life, I really gained a new appreciation of what it is that Rep. Davids does,” Prellberg said.

The first-term incumbent is one of about 70 members of Congress who have a Wounded Warrior Fellow on staff, and Davids said she and her office are committed to veterans outreach. Additionally, she said the part of the work that allowed her office to help Prellberg, constituent services, isn’t well known to the public: Her office can help constituents with issues they may have with the IRS, Social Security, or even receiving a Purple Heart.

“The work that Michael does or Paula does or Colletta who are in our offices, that’s where literally you can see the day to day impact that a member of Congress’s office can have,” Davids said.

Although it was a big night for Prellberg as Davids’ guest, it was also a big night for Davids: House Speaker Nancy Pelosi hand-picked Davids to escort President Donald Trump into the chambers to deliver the State of the Union. Davids said in a statement she would use that opportunity to discuss health care with the President.

For his part, Prellberg said meeting Williams spurred something of a renaissance in his life. He had reached out to other political leaders for help receiving his Purple Heart, but all efforts turned out to be unsuccessful.

“It came to the point where I didn’t expect to get help from anybody, but this one chance encounter has gotten me something that I never thought I could possibly have,” Prellberg said. “I kind of lost faith, but thanks to this office right here, I’m starting to pull myself up.” 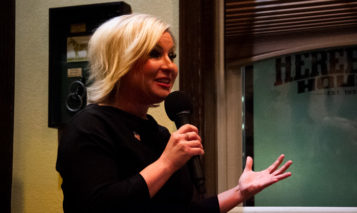 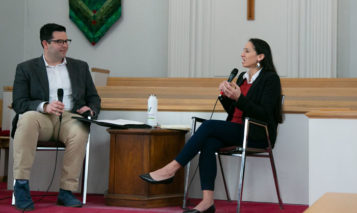 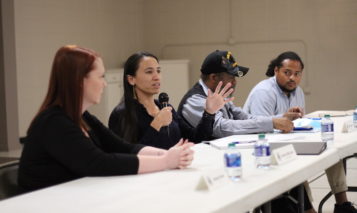 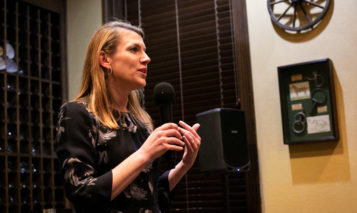 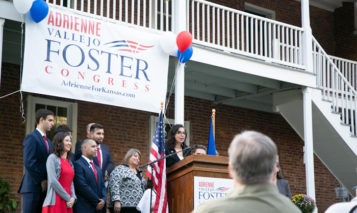