Designers working on concepts for a new park in Shawnee are putting together a final plan for the project in the northwest corner of the city.

Other proposed components for the park include a nature-based play area for children, a nature-based obstacle course for adults that feature ropes and climbing elements, an open fire pit near the shelter, and a splash pad and water play features.

Here’s the first conceptual plan that was presented at the open house last week, with nature-based play areas for children and adults as some of the main features: 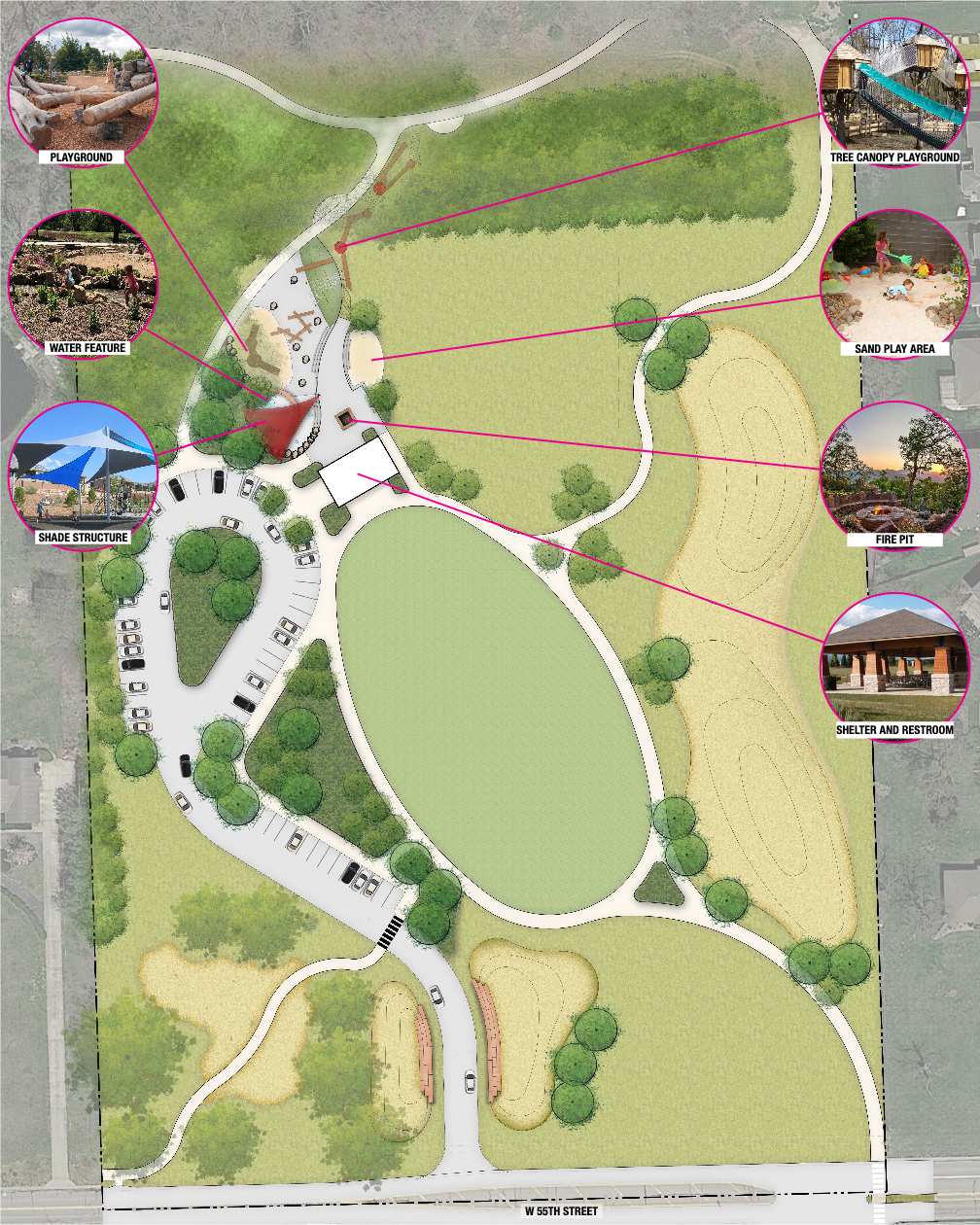 Here’s the second plan, with a terraced patio as a main feature: 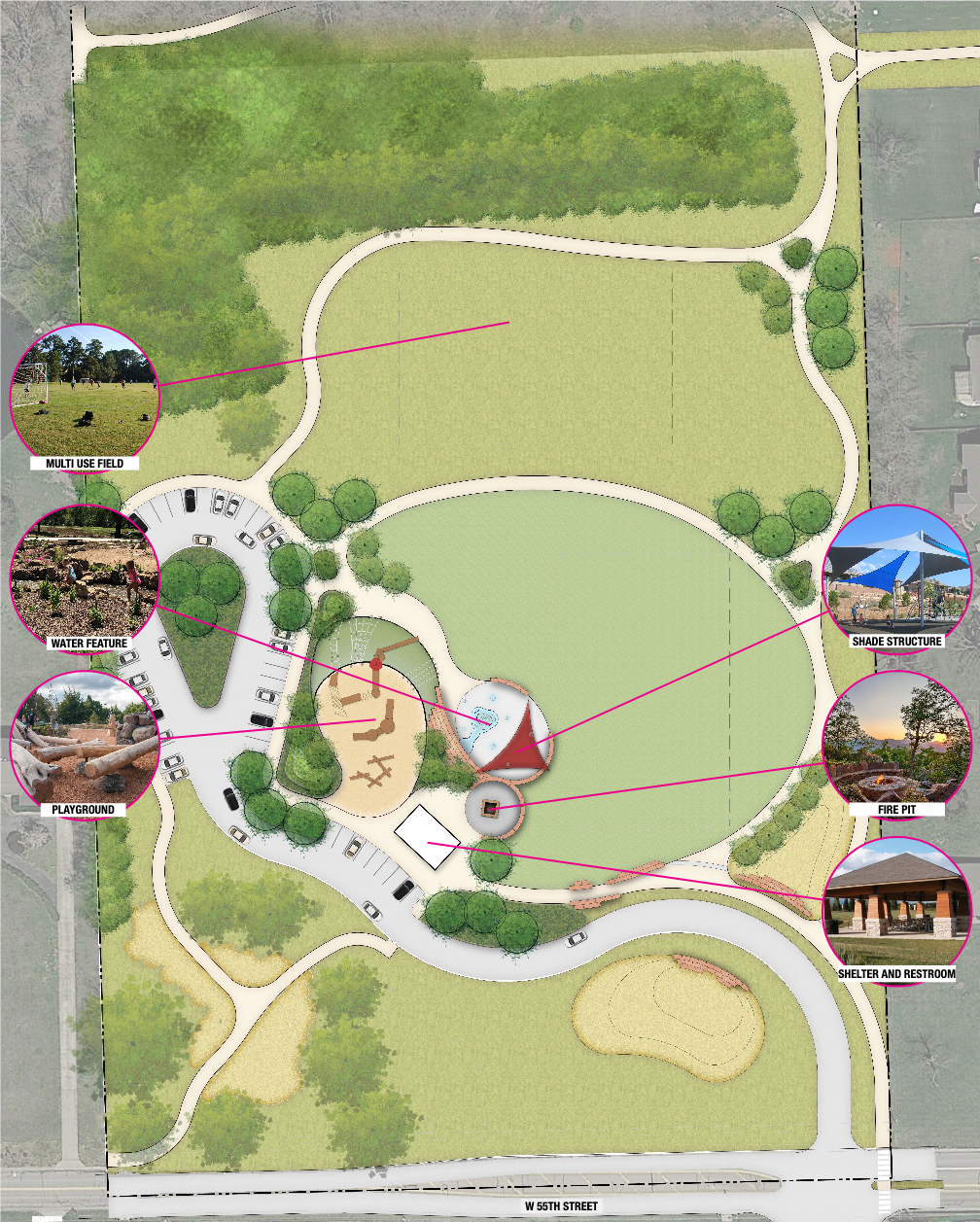 The park would also have natural grasses and some landscaping, incorporating a buffer of evergreen trees and berming to screen the park from the neighboring homes. There will be no fence around this park, similar to the other parks in Shawnee. The park will also have downward-shining LED lights.

One resident asked why the city needs to add another park when it already has more than 30 parks. However, several mothers spoke out in support of the nearby park as a place for them to walk and play with their young children.

“We have small children, and we don’t have a place to take them during the day,” said April Jason, who lives near the proposed park. “We need a park within walking distance that we can take our under-5 crowd.”

Anyone who wants to give feedback on the park plans can email Riley McMullin at rmcmullin@cityofshawnee.org.

Design consultants will review the public feedback and finalize plans to present before the park board and city council for approval. The park board will consider final plans the first week of February.

Construction can begin as early as this summer, with a park opening planned for spring or summer 2021.