Each legislative session, we provide the Shawnee Mission area’s elected officials with the chance to share their thoughts about what’s happening in the state capitol. Rep. Cindy Holscher, Rep. Rui Xu and Sen. Barbara Bollier are scheduled to send updates this week. Rep. Xu’s column is below.

I have always known, albeit in a strictly academic sense, that child-rearing was difficult, but on October 23rd, 2019, that idea became very real when our first daughter, Astra, was born.

As described in last year’s article for the Shawnee Mission Post, I was born and raised in a Chinese immigrant family, where multi-generational households are the norm. If the grandparents aren’t living in the same home, they are still within the same apartment complex or just down the street. What that means from a childcare perspective is that there is always someone to watch the child while the parents go to work.

Here in America, and it was certainly the case for me, it has become increasingly common for children to leave the house at 18 and move far away from their parents, often to larger cities. My wife and I both grew up in Rolla, Missouri, I went to college in Los Angeles, and then we ultimately settled down 4 hours away in the Kansas City metro area. There are many benefits of this, obviously: more plentiful, better paying jobs. There are lots of things to do and concerts to see. The quality of life is very high.

One big negative of this phenomenon, however, is that there isn’t a built-in, affordable option for childcare. According to a 2016 study, the average cost of infant care in Kansas is $11,201 a year, more than in-state tuition at a 4-year public college. The cost of childcare is felt especially in rural areas; while the costs might be slightly cheaper, there are fewer jobs that pay enough to afford it, so many young parents have to do the math on if one of them should stay at home (if both would prefer to be in the workforce), or if they should move to an urban area.

As a state and as a country, we need to start looking at policy options to help alleviate the financial strain on our young working parents, who are also increasingly saddled with student debt. Here are some of my ideas:

Even with these two policies, that still leaves roughly a 2.5 year gap in child care. That can be managed with additional child care credits (which can also benefit families where one parent chooses to stay at home) or even larger changes to the child care system, which some Presidential candidates have discussed.

While these policies help alleviate the financial burdens of young parents who want to work (like my wife and I), they have huge benefits for the child as well. Babies of parents who take parental leave are more likely to be immunized, are more likely to initiate breastfeeding, and recover more quickly from illnesses. Early childhood education is associated with higher level of readiness to learn and lower long-term criminality rates. In my opinion, these studied effects are backed by intuition; parents of babies on parental leave have more time to dedicate to doctor’s appointments postpartum, and have more time to work on breastfeeding. Early childhood education gives structured, age-appropriate learning to a lot of children who might be challenged at daycare.

As I alluded to in the opening paragraph, nobody expects parenting to be an easy endeavor, but I do sincerely believe that public policy can make it a little bit less difficult, and that would make all the difference. As I continue to think about what’s best for Astra, I will certainly keep fighting for what I think are the best and most equitable policies for all of our children and our parents so they have go through less “aspera”. 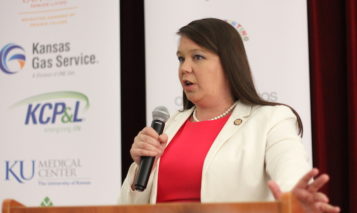