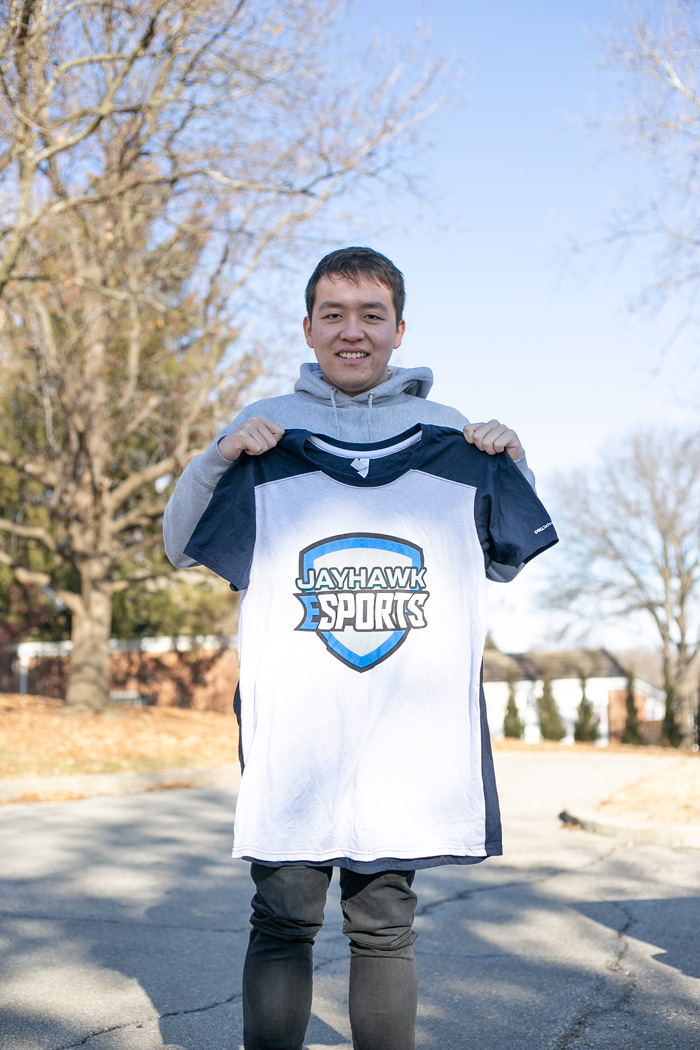 Gaming is a big part of Chenhui Liu’s life. As one of the founding team members of the University of Kansas Jayhawks Esports team, he plays League of Legends at the competitive collegiate level. He’s been playing LOL for about eight years. A Leawood native and 2015 graduate of Shawnee Mission East, Liu is in his senior year studying mechanical engineering at the University of Kansas in Lawrence. After graduating, he hopes to enter the aerospace industry and make air travel safer for his family visiting from Fujian, China. When he’s not studying or gaming, Liu enjoys playing basketball and other video games like The Witcher. The Jayhawks Esports team officially formed in December 2019, but our story begins a few years earlier, when Liu began forming a gaming community at the university.

My freshman year, I was living in the dorms and while I was trying to make friends, League of Legends was the game that I played. I was one of the higher ranked, like 0.01% ranked players that season. I was probably ranked like among the top thousand players in North America.

So I told my friends about it and they also have friends who also play the game. That’s how I met a couple of my teammates, my very first teammates. And actually one of them got higher ranked, like the top 200 players.

We’d just drive to local tournaments or sign up for online tournaments. That’s what we did, the five of us on the team. That’s how we started.

We wanted to form a team to compete. At the time, there was a collegiate League of Legends competition. Most colleges didn’t have organizations that supported it, like Esports. It wasn’t as popular four years ago as it is now. It’s more well known now, what Esports is.

KU had a gaming community club, and then we met a couple of people that were on the club and they tried to push Esports as an official team organized by the university. It took like two or three years — until now — that KU finally had an Esports team.

I wish I was younger, three years younger, so I could play on the official team throughout my college years. But I still get to play for two semesters.

League of Legends is the only official team now, but I think they’re trying to get Overwatch next semester and then Rocket League in the future.

You can compete for the university, you’re not just on your own. You have a coach, and you have your own practice area with computer setup where you can just go in and practice. And it’s also that environment with your team members. It’s a whole lot different than doing it as a hobby, where you’re just playing on your own.

I think it’s exciting, but you also might feel adrenaline. It’s serious. If you make a big mistake, it might cause your team to lose. It can be stressful but I do it because I like the competitive environment, and I also like the game and the feeling of pushing yourself to get better.