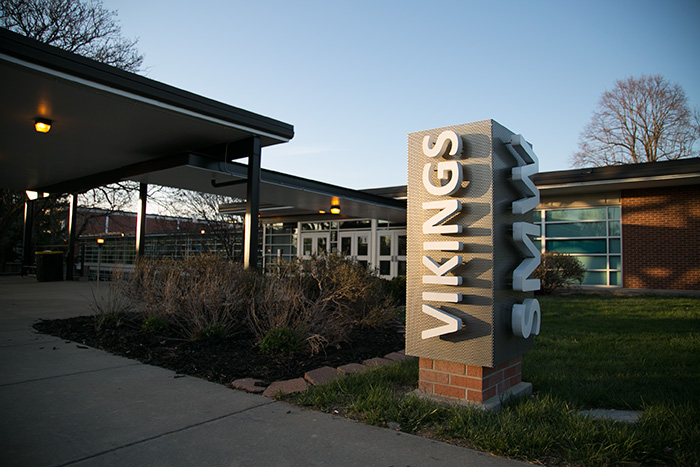 Michael Rhoades, a former soccer coach at Shawnee Mission West with a lifelong passion for the sport, died Dec. 28, 2019 at age 70 from health complications.

For most of 2012 through 2015, Rhoades coached the C teams for SM West boys and girls soccer and also served as a varsity assistant. Rhoades also coached at Sporting Brookside and at Harmon High School in Kansas City, Kansas.

“He was the exact type of C team coach that you want: Positive, motivating, reliable, and just wanted to get the girls to improve on soccer,” said Sarah Gonzalez, SM West girls soccer coach. “And we had a lot of success while he was part of our assistance.”

Gonzalez said that Rhoades’s calm demeanor and supportive attitude with the varsity girls team led them to be very successful. Some went on to play collegiate or professional soccer, including Sydney Miramontez and Meena Allada.

“Coach Rhoades’s easy-going coaching style was a great fit for the girls soccer program at Shawnee Mission West,” Miramontez said. “He shared his love of the game with the players, which made practices and games enjoyable. He complemented Coach Gonzalez’s style, which helped to lay the groundwork for the soccer program’s future achievements.”

Born on July 27, 1949 in Florissant, Missouri, Rhoades grew up around soccer and enjoyed playing and watching the sport for nearly his entire life. He married Colleen Mannion in 1976 and had three children.

Rhoades served as an army medic during the Vietnam War. He went to Rockhurst College and UMKC and although he had many jobs, he particularly enjoyed coaching soccer in the Kansas City area, including his children and a granddaughter.

“I always feel like that was sort of his true love; he loved us and his family, but he really loved soccer more than anything else,” said Sarah Rhoades Gouttierre, his daughter, who has been coaching for about 15 years herself. “He passed that love of soccer to his kids. It was something special that we shared growing up. That was a big part of our relationship with him, his guidance and support in our soccer careers.”

Gonzalez recalls first meeting Rhoades when he played soccer against his daughter, Samantha Rhoades, now Stull, many years ago. When Rhoades took on his role coaching at SM West, that’s when Gonzalez truly got to know him.

“His wisdom and love of the sport, the girls could see the passion that he had and respected that and wanted to show their passion for the sport too, for him,” Gonzalez said. “We’re really going to miss him. He was an amazing coach to work with. He helped me see more on the field. Sometimes I get tunnel vision as a coach, and he would open my eyes to, ‘hey why don’t you try this?’ And a lot of the time, he was right on the advice that he gave me.”