The Roeland Park city council on Monday evening heard the most recent update to the Roe 2020 project, which included a 9.7% increase — $666,000 in total — to the construction cost estimate and extending the construction into 2021.

Roeland Park’s Roe 2020 project aims to improve the thoroughfare within city limits, and will be the largest infrastructure project in the city’s history clocking in at a little over $10 million after the recent increase. The city’s engineer, Dan Miller, said there has been significant progress behind the scenes to get the project started.

“We’ve really reached a little bit of a milestone, I feel like, with the Roe project,” Miller said. “We’ve done all that we can as a city to get to it to [The Kansas Department of Transportation] to get this thing bid and to begin the construction, and that’s not an insignificant feat.” 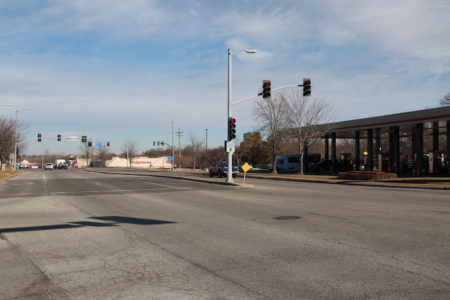 Recently, Miller said the city has provided KDOT with “three critical certifications” including utility certification and right-of-way clearance. The final engineering plans were submitted on Dec. 8 by GBA, the engineering and architectural firm that will complete the construction for Roe 2020.

As of now, April 24, 2020 is the tentative date when Roeland Park will receive the notice to proceed from KDOT. Miller said if the schedule remains the same, major construction south of 51st street will complete before November 2020. From mid-December 2020 to late February 2021 is the “winter shutdown” period, where work only occurs if it does not impact traffic. The completion date for the entire project is now projected to be May 21, 2021.

The project is about three to four months behind schedule, which is not unusual, Miller said. While the original bid date set by KDOT was in November 2019, that date has been pushed to March 2020 due to ongoing utility relocations and the time it took to meet federal acquisition requirements. Miller said GBA raised the construction cost estimate for the following reasons, some of which tie into the schedule setbacks:

Mayor Mike Kelly asked Miller if it would be advantageous for the city to look into offering incentives with the bid in order to complete all construction in 2020, considering the cost has just been raised by two-thirds of a million dollars. Miller said he believed it was no longer realistic to complete the project in 2020, but he will still look into the cost difference between offering incentives versus 2021 construction.

Councilmembers Jim Kelly and Tom Madigan shared concerns about communication with residents, specifically if problems were to arise and residents turned to city council for answers they may not know about. Mayor Kelly said councilmembers should familiarize themselves with the project to be prepared for tough questions, and that there are opportunities to overcommunicate with residents about the project such as a landing page on the city’s website.

“We will work with the public information officer to remain on top of any adjustments to keep the residents well-informed about the progress that we are making here,” Mayor Kelly said. 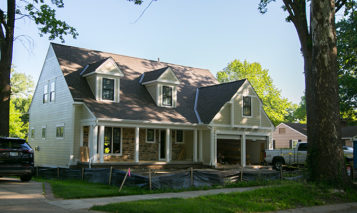