A day after United States drones carried out an attack that killed Iranian military leader Qassem Soleimani, first term Rep. Sharice Davids issued a statement raising concerns about how the development will play out in the coming weeks.

Davids’ full statement is below:

Qassem Soleimani committed atrocious crimes against American troops and innocent people. But his killing will only serve to further destabilize an already dangerous region and put more American and civilian lives at risk. The American people deserve to know that this Administration has a strategy for how to deal with the aftermath of this major escalation.

As someone who grew up in a military family, I know what it’s like to have those you care about serve overseas. My priority is ensuring this Administration has a plan to keep our service members, embassy personnel and U.S. citizens around the globe safe. I will continue to monitor and expect to be kept apprised of the situation, as is the responsibility of this Administration to Congress.

‘The evidence is overwhelming’: Rep. Davids says she will vote for Trump’s impeachment 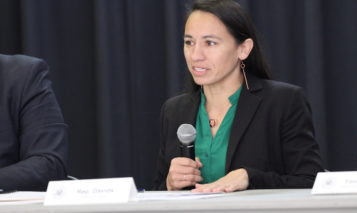