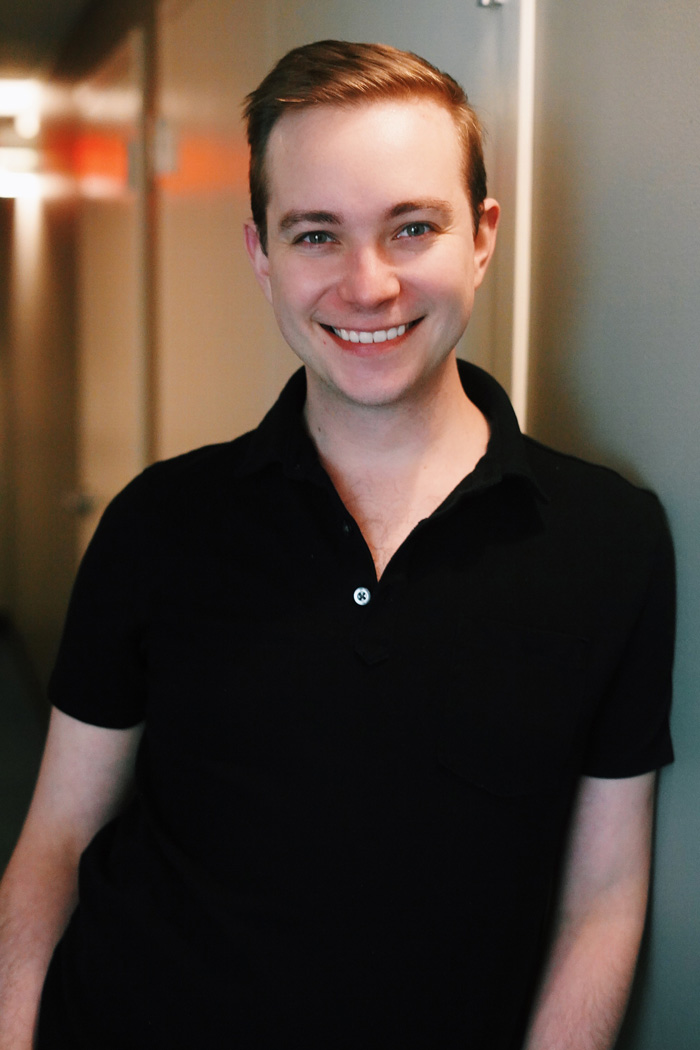 An actor, singer, dancer — and even a keyboardist on Broadway — Eric Huffman is living his dream of a lifelong career in musical theater. This year, the Lenexa native is on the national tour of “Mean Girls the Musical,” playing the role of Damian, who alongside the character Janis narrates the show. He had played in the original Chicago cast with “The Book of Mormon,” a combined 2,200 performances in nearly 130 cities for seven years. A 2008 graduate of SM West, Huffman left the Kansas City area to pursue a Bachelor of Fine Arts at the College-Conservatory of Music at the University of Cincinnati, one of the top schools in the country for musical theater. Since moving away from the Shawnee Mission area, he has considered New York City his home. When he’s not performing or rehearsing, Huffman finds himself cooking, puzzling and watching figure skating shows. He also likes adventures and recalls a particularly interesting trip with his mother in Alaska. Photo credit Mariah Rose Faith.

Last summer, my mom and I decided to go on an Alaskan cruise. I had finished up the tour of “Mormon” and had a few weeks off. So we went for the summer solstice because we wanted to see the sun not setting and everything, which is a problem because when the sun doesn’t set, you lose track of time.

So we’re in Juneau, Alaska, and we did a helicopter ride. It was a great day, and we saw that there was a little ski lift kind of thing that would take you up to the top of this 2,000 foot little old mountain. We took the ski lift up, we got a meal up there, and we decided to explore the wilderness for a little bit.

At this point we were far enough away from the lodge on top of the mountain that if we went back and there was nobody there, we would be stuck. So my mom, who is a very cultured, well-mannered, well-spoken person, turns to me, and she looked almost animalistic. She just said, we are going down this mountain.

We called the police, we called rescue services. It was an adventure. We called our travel agents who called the boat. The boat sent a car to the base of the mountain to wait for us. But we had a time limit. If we didn’t make it down by like 9:50 or so, they were going to leave us, so my mother proceeded to crab crawl down the back half of the mountain through the mud.

In my head, since I was having to keep pace with her, I was thinking logistics of if we missed the boat, where do we get a hotel? How do we get to the next port? I was planning like we were going to miss it. She was so laser focused on physically getting herself down that every now and then I would start talking to her, and she’d be like, quiet, just go.

There were even moments where I said, why don’t you rest for a second? She was like, absolutely not, we’re going. It was amazing.

It took us about 40 minutes. It was an absolute adventure. She was drenched in sweat. She was shaking by the end of it. And she’s not out of shape, but you know, we’re not athletes and at least I’m a dancer, so I’ve got stamina.

I ended up running the last 300 feet down the mountain to the car to tell them to wait and said, see that spot up there? That’s my mom. She’s coming. She crawls, literally crawls, off of the foot of the mountain.

We get her in the car, we get back to the boat. The door is just about to close. We go stumbling in, we just make it into the boat, and she lies down on the floor and does not move for like 20 minutes. Just panting, lying on the ground in the boat while the sailors are stepping over her to shut the door and get the boat going. She even asked one of the sailors, did we make it? Are we on board?

You know, if you really don’t want to miss your boat, you’re capable of superhuman things. I think she is a superhero. I was so proud of her.