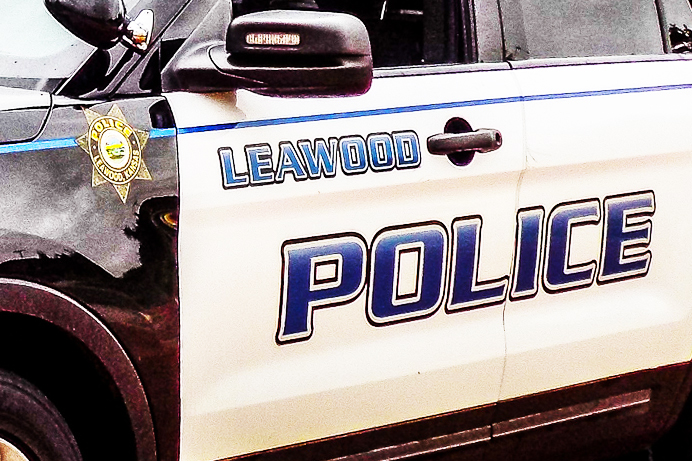 The officer was in a parking lot near 112th and Nall at around 3:20 p.m. when he approached the vehicle on foot. The man in the car started to drive off quickly, hitting the officer in the process. The officer was taken to a hospital in an ambulance and treated for minor injuries.

Police broadcast a description of the vehicle involved in the incident over radio, and police in Kansas City, Mo., located it near I-435 and Wornall. The driver fled those officers, but was eventually taken into custody after a pursuit that led to Grandview, Mo.

Police say the man taken into custody is a suspect in a number of auto burglaries.

Leawood police are asking anyone who witnessed the incident or has other information that could be of use in an investigation to contact them via the TIPS
Hotline at 816-474-TIPS or email at tips@leawood.org.