For the past several years, USD 232 has been sending music students of the tuba and euphonium to perform among 370 musicians of all ages and skills in the region’s largest TubaChristmas event.

Each year around the holidays, the live performance takes place at the Kauffman Center for the Performing Arts in Kansas City, Missouri. This year on Dec. 3 and 7, more than 30 tuba and euphonium student-musicians from Lexington Trails Middle, Mill Creek Middle and De Soto High participated in TubaChristmas performances.

“It’s just a wonderful opportunity to be able to perform in a world-class venue like the Kauffman Center,” said Rob Foster, band director at Lexington Trails Middle and for fifth-graders at Starside Elementary. “It’s amazing how good the group sounds. The acoustics are so incredible in the Kauffman, that it really sounds good. All the sounds blend together and it’s really a cool thing.”

Foster said it was also exciting to see his students have the melody of each song, which tuba and euphonium players typically don’t play.

“It was a lot of fun; just something I’d never gotten to do before, and I wouldn’t have been able to do it if the school district hadn’t supported me and let me go,” said Maggie Schott, an eighth-grader at Lexington Trails who played tuba at the performance.

Some students who had performed earlier this month described it as rolling, melodic thunder.

“It’s a different sound from a normal concert,” said Matthew Fling, a euphonium performer who was the youngest to perform at the concert last year, returned to the concert again as a sixth grader this year at Lexington Trails. “It (the sound) is like a whale almost, but it’s very pretty.

“Normally the tubas and baritones, they don’t get the melody or anything. The sound is just crazy. It’s very different, very fun experience.”

Last year, the musicians set a Guinness World Record, with 835 musicians of the tuba, baritone and euphonium, Foster said. Because the group was so large, it couldn’t fit on the stage in the Kauffman Center, they had to host it at the Municipal Auditorium.

“I think we have one of the largest TubaChristmases in the country,” Foster said. “Nobody is close to being as large as ours here.”

Created by Harvey Phillips, TubaChristmas is a series of live performances of traditional Christmas music that take place around the world. The first performance took place in Dec. 22, 1974. 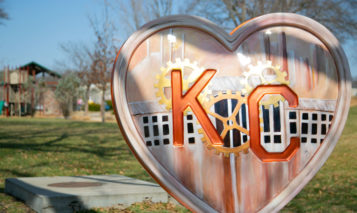 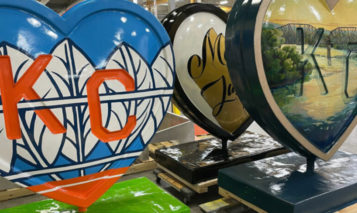 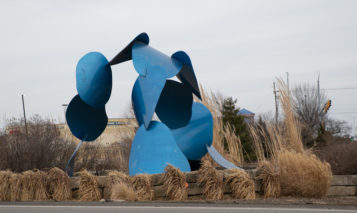