Trail lovers hoping for a restored Turkey Creek route eventually connecting to Kansas City got some bad news this week. An engineering study estimated restoration of the trail, closed by rockslides for two years, would cost $7.6 million, making it unlikely the trail will be completely repaired any time soon.

“It was a good try but for whatever reason it didn’t work out,” said Councilmember Curt Skoog. “Nature won and we lost.”

The bike and walking trail runs along Turkey Creek in northern Overland Park, skirting the hills and Interstate 35. Heavy rains brought boulders crashing down and a trail collapse in two spots in 2017, blocking the trail completely.

City officials had hoped to get federal money to help with repairs. But when grants weren’t forthcoming, they commissioned an engineering study to determine whether costs could be worked into the city’s budget.

The results from Olsson Associates weren’t encouraging. The Kansas City engineering firm identified unstable areas along the rocky slopes not only at the boulder crash sites but in portions of the eastern and western sections. The soil movement was serious enough along the trail that it would take twice as much shoring up as city officials originally thought, Ruether said.

A full restoration was the most expensive option, partly because of the extra materials but also because of concerns about staging and how the work could be done on an area not easily accessible by road, Ruether said.

A second option would repair the problem areas at the east and west ends but leave the two landslide sites closed. That would dead end the trail in either direction and cost about $1.9 million.

The third option is to close the trail entirely.

Skoog said he was disappointed that a trail built in 2013 with 75 percent of its $1.2 million cost funded by federal dollars could now cost $7 million with no hope of any more federal money for repairs.

At one time the trail was proposed as a biking and walking connection between Johnson County and Kansas City. But the city of Mission has stalled on plans to pick up the trail connection where Overland Park leaves off, and the trail effectively ends on Mission streets. Perhaps because of that, Ruether said trail use is lower on Turkey Creek than on Indian Creek and other trails farther south.

Committee members Gina Burke and Faris Farassati said the city should look into the partial repair option because it would at least get part of the trail back and could be worked into the city’s budget gradually. Burke said she didn’t like to see the city lose a trail in its northern part.

The committee took no action. Skoog encouraged council members who want to see repairs done to begin working out how they could fit into the city’s next capital improvements plan. 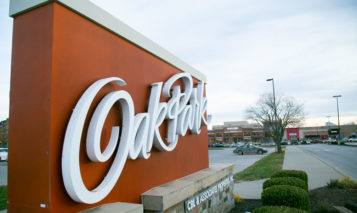 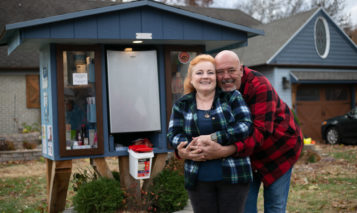