Developers of the Brookridge project in Overland Park won a close but decisive victory Monday night as the city council approved a public finance package worth more than $200 million for the northwest corner of the 200-acre development.

The decision was made after four hours of discussion in which 25 people spoke mostly to oppose the mixed-use development on the golf course and clubhouse property. Mayor Carl Gerlach cast the final vote that put the question over the top with a required supermajority of nine votes.

Brookridge neighbors who have been turning out to meeting after meeting to oppose the project reacted with outraged groans and guffaws as Gerlach announced his vote. The standing-room-only crowd had raised objections through the evening on everything from the lack of affordable housing in the project to the dislike of urban development in the suburbs.

Ashley Lerner, 32, pleaded with the council not to let Overland Park become like the Power and Light district. “If people want to go down there, you know, have activities past 5 p.m., even 7 p.m., maybe 9. But we don’t need activities like that here. I feel like this is more of a wholesome city and we need to keep it that way,” she said, adding that the city needs affordable housing.

But by far the most repeated comment was that the land could be developed without taxpayers foregoing revenues to pay for development costs.

“If this is a viable project it will go forward. If it’s not, it shouldn’t be underwritten by us,” said Charlotte O’Hara.

Wayne Smith pointed out that almost everyone who shows up to public hearings on the project speaks against it. “Once they understood what was going on with the density of New York City being placed in the middle of an R-1 neighborhood, they were against it,” Smith said. “And now you’re asking us to help finance that project. You’re adding insult to injury. We don’t want this. If Mr. (Chris) Curtin [the developer] thinks this is a viable development, let him do it on his own.”

Steve Glentzer, former city council candidate, held up signs in the back saying council members should recuse themselves if they took campaign contributions from developers.

However the majority of council members supported the development, saying it would eventually enhance the area with offices, retail and green space that will keep the city vibrant and attractive to new people. A plan to certify the campus with the U.S. Green Building Council as 100 percent powered by renewable energy also had an impact.

Councilmember Logan Heley, who had questioned aspects of the project in the past, said the renewable energy effort, the density and the exemption of an eventual grocery store from the sales tax add-on convinced him to vote for the project this time around.

Councilmember Chris Newlin also mentioned the renewable energy, saying the Brookridge would be the largest campus in the country to have LEED zero certification.

The certification was a relatively new aspect of the project, having only been announced in September. It is included in the agreement between the city and developer.

“I want our city to shine in the local, regional and national light,” Newlin said. He voted against prior iterations of Brookridge because they put the city’s budget at risk, he added.

Monday’s votes were key in moving the $2 billion redevelopment the closest it has ever been to reality in its five-year existence. The developer won the rezoning, but then faltered on a series of proposals on tax incentives that were rejected by council members.

The votes concern tax increment financing on two project areas at known as “The Village” at 103rd Street and Antioch Road. The first project area, on about 100 acres, would use about $90 million in future property tax increases, known as the “increment.” That section would cost about $592 million to build and would include 279,000 square feet of office, 203,000 square feet of retail, 642 units of apartments and a 200-room hotel and would be fully on tax rolls in 2026, according to city documents.

The second project area on 25.5 acres would garner $68.4 million in TIF increment for a parking garage, 613,000 square feet of office, 47,000 square feet of retail, 213 apartment units and a 350-room hotel and would be fully taxable by 2027. The majority of the tax money would go to street improvements and structured parking.

The council also approved two special taxing community improvement districts, to raise $36 million and $11 million respectively with a 1.5 percent add-on sales tax. Those taxes would begin in 2022 and 2025.

And the council approved revenue bonds that would allow the developer to save $40.5 million in sales tax on materials and construction equipment, about $5 million of which would be Overland Park city sales tax.

“I find it un-American,” he said. “I have a philosophical problem with this that the taxation, the philosophy of that taxation is not being served here. Tax dollars are for public projects where the significant benefit of the public is at risk.”

Councilmember Dave White said he didn’t like the idea of tax money being used for luxury apartments or restaurants in the changing business climate. 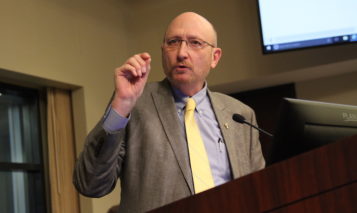 With Brookridge package on the table in Overland Park, county commission debates its role in tax incentive proposals 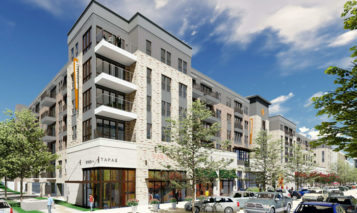 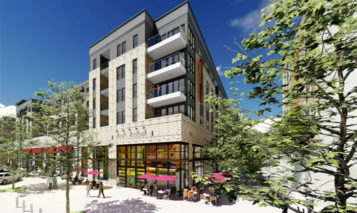 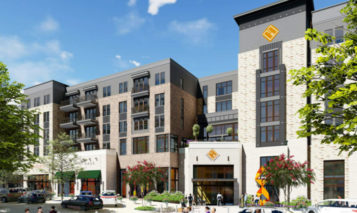 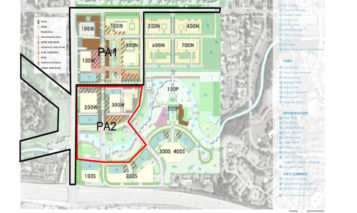