The Mission city council on Monday adopted an ordinance authorizing the separation of the Rock Creek tax increment financing district, which runs along the Rock Creek floodplain from Roe Avenue to Lamar Avenue, into five separate redevelopment districts.

The only TIF-approved redevelopment projects within the 71-acre area are the Capitol Federal Mission Branch and Mission Gateway, City Administrator Laura Smith said during a public hearing on the separation that took place immediately before the city council meeting. Those two entities cannot take advantage of the positive increment generated from their respective projects until the entire district is generating a positive increment, Smith said.

“This is not creating a new TIF district, this is not imposing any sort of new tax or incremental tax on anyone within the district,” Smith said. “It is simply taking five project areas that were defined in the 2009 ordinance and creating five separate and distinct TIF districts.”

A map showing the breakdown of the districts as proposed is below: 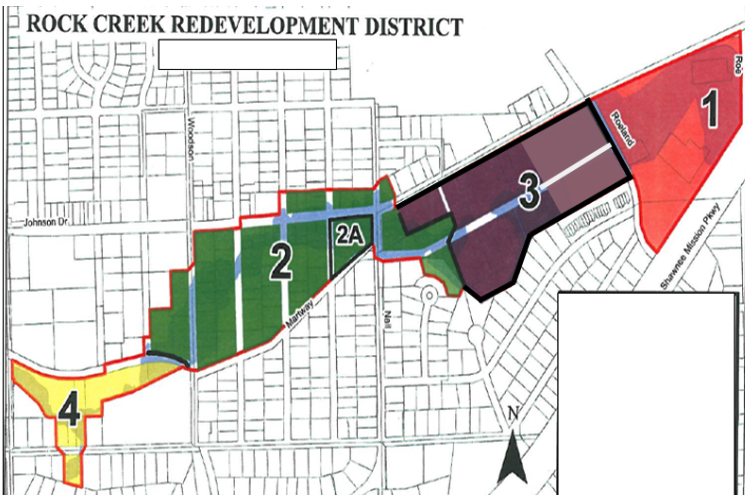 One Mission resident asked during the hearing why the separation is happening now and if there is a TIF project in the works. Smith said the amendment to the Mission Gateway project is what’s driving the separation, and there are currently no pending TIF projects.