The Overland Park Orchestra has a new conductor. Raffaele Cipriano, an Italian musician, music director and conductor by trade, took over the leadership of the city’s symphonic group in mid-October.

Cipriano replaced Shokhrukh ‘Shah’ Sadikov, a professor of violin and viola at Fort Hays State University who had led the Overland Park Orchestra for the past year before he pivoted focus to his Overland Park-based symphonic nonprofit, NAVO.

Cipriano said Sadikov had asked him to be assistant conductor for the production of “The Nutcracker” in November 2018. Since then, he’s also subbed for Sadikov for a few rehearsals earlier this spring.

The Overland Park Orchestra is in its 46th year of activity. Cipriano said he was honored the orchestra asked him to step into the new role, noting that there are many conductors in the area for the orchestra to consider.

“They are a good and fun orchestra to work with because they have a lot of passion,” Cipriano said. “They are committed to the cause, to the music, and to provide a good concert. I’m sure we’ll have a great season.”

Cipriano’s first concert as the conductor of Overland Park Orchestra was earlier this month, when the orchestra performed the Overture to “Il barbiere di Siviglia,” by Gioachino Rossini and “Symphony No. 5 in E Minor, Op. 64,” by Pyotr Ilyich Tchaikovsky.

The Overland Park Orchestra has a mixed level of about 50 players, from professionals who have experience in “state-of-the-art” ensembles, to amateurs who play music for fun, Cipriano noted.

“Of course, the goal is to make music the best we can, but also to provide a nice, musical family for everybody to play,” he said, adding that he encourages an environment of personal growth for all players. Cipriano said he plans to add opera performances to the Overland Park Orchestra by bringing in opera singers as well.

“Coming from Italy, one of my big passions is opera,” he said. “That’s how I started: Coaching opera singers back in Italy. That’s my specialty.

“I will try to bring some opera repertoire in the sense of opera overture: Symphonic pieces that are beautiful masterpieces. I know that Overland Park Orchestra has a symphonic tradition, and of course I’m going to keep it. It will be kind of an experiment. I don’t see why we can’t try some new paths and see how it goes.”

Cipriano has continued to develop his musical career in other ways. In June, he co-founded the Vocal Academy of Orvieto in Italy as one of its new faculty and orchestra conductor. He’s coming up on his fourth winter season as artistic and music director of Philharmonia of Greater Kansas City.

In the past five years alone, he has conducted, directed and/or coached for more than a dozen performances, leading symphonic orchestras in Italy and across the United States, but especially in Lawrence, where he studied orchestra conducting and earned his doctorate in musical arts in May 2018 from the University of Kansas. He was also an assistant conductor of the Sarasota Opera house in Florida for its 2018-19 season.

He’s primarily a piano player but frequently enjoys playing guitar and accordion, which his father played during his childhood. He also hopes to draw in audiences in Overland Park with the powerful emotions of music.

“Music is a powerful, universal language, and as musicians, we can help people get in touch with their emotions,” he said. “Music can trigger emotions in a different way than any other art. When we play, we feel emotions — joy, sadness, anger, hope, desire, everything. If we do a good job, we help people in the audience feel that too.”

The Overland Park Orchestra is planning a few concerts in the spring. In the meantime, the orchestra’s next performance will be “The Nutcracker” with the American Youth Ballet in the Carlsen Center at Johnson County Community College. Performance dates are Dec. 14-15. 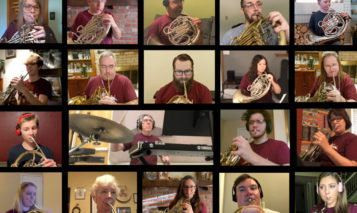 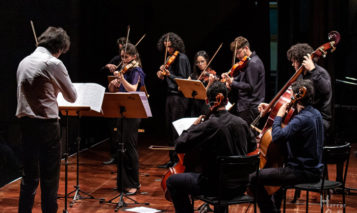 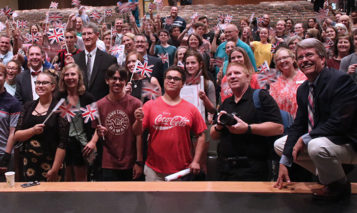 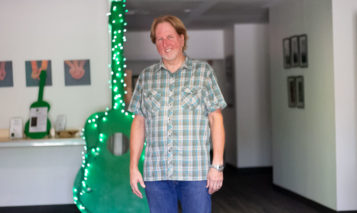 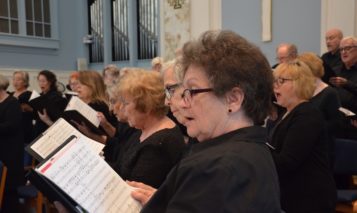