Overland Park Sen. Jim Denning’s health coverage expansion plan draws criticism. Kansas Senate Majority Leader Jim Denning of Overland Park unveiled a plan Wednesday to extend health coverage in Kansas, but his proposal has drawn tough reviews from both Democrats and members of his own party. Denning’s plan could extend health coverage to thousands of Kansans and would raise tobacco taxes to help offset costs. He is proposing a dual-track program that would both expand Medicaid and provide re-insurance to health plans sold on the federal exchange. Kansas would help insure insurance companies to encourage their participation in the exchange and lower premiums for individuals struggling to afford coverage. His plan doesn’t contain a work requirement, a provision some conservatives consider key. For years, Denning has opposed past efforts to expand Medicaid. Expansion supporters tried to advance legislation this year, but Denning instead committed to bringing a plan up for debate in 2020. [Kansas Senate GOP leader’s Medicaid plan a tough sell for some fellow Republicans — The Kansas City Star]

After Overland Park finger gun arrest, some wonder if police go too far to keep schools safe. After a Shawnee Mission 13-year-old was arrested for pointing a finger gun at classmates, the incident has some questioning whether school leaders, the police and prosecutors have now gone too far. The Kansas City Star recently examined data that shows an increase in arrests of students in the Shawnee Mission School District. Police departments are attempting to catch early signs before a shooting; while that intent is not a matter of dispute, some experts in law enforcement and education consider striking a balance that protects all students, strategies that may involve intervention and counseling before an arrest would occur. [With Overland Park finger gun arrest, do police go too far in keeping schools safe? — https://www.kansascity.com/news/local/article236364488.html]

Lane closures planned for southbound I-35 at U.S. 69 tonight. The Kansas Department of Transportation, as part of the U.S. 69 bridge project over I-35, will close the two left lanes of southbound I-35 from 67th Street to 87th Street from 8 p.m. Friday, Oct. 25 to 6 a.m. Saturday, Oct. 26. The lanes are being closed to allow overhead work as concrete is placed on the U.S. 69 bridge over I-35. 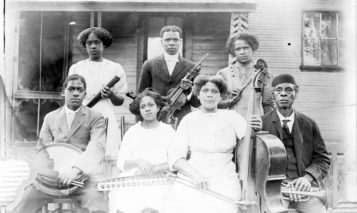