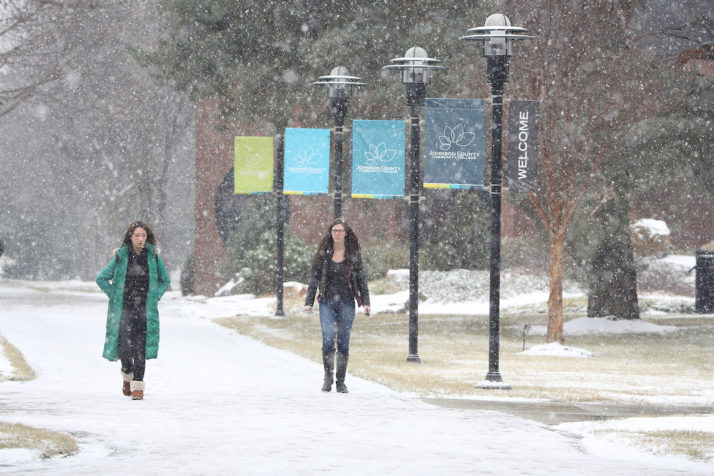 Today, we begin publish the candidates’ responses to item four:

There has been a push among some in Johnson County to increase access to community college by reducing the cost to students. Are you in favor of significantly reducing tuition or making JCCC tuition free? If so how would the budget gap from reduced tuition revenue be made up? 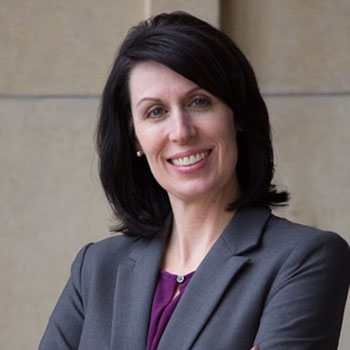 My daughters participate in the College Now and Advanced Placement programs at Johnson County Community College. While free college tuition sounds appealing I realize that it’s not feasible for JCCC. As for the budget gap from reduced tuition revenue, the current budget calls for roughly $29 million dollars in tuition revenue. As increased state aid isn’t likely we’re left with increasing property taxes. Replacing that revenue would result in approximately a 32% increase in the JCCC portion of every homeowner’s and businesses’ property tax bill in Johnson County. Free tuition isn’t free; it’s no charge to the students, and an increase to the taxpayers.

Regarding significantly reducing tuition, the current per credit hour rate allows for accessible and affordable education while maintaining a fiscally responsible budget for the College. Looking at the history of the College, tuition revenues have dropped to the lowest percentage of the operating budget (approximately 18%) and property taxes have increased to the highest percentage of the operating budget (approximately 66%). Following three consecutive years of holding tuition flat, I support the $1 per credit hour increase just as the Student Senate voted to support the increase.

The current Board has done a commendable job of maintaining the delicate balance between the revenue sources: local property taxes, state aid and student tuition. I support continued efforts that allow for affordable education at a sustainable rate for the College’s budget. 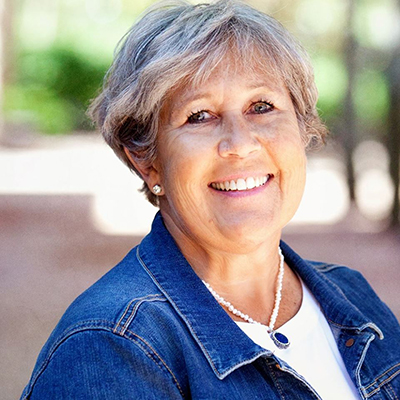 As a current trustee, I am interested in the discussion and consideration of options for supporting our students, many of whom are working full-time, supporting a family and taking classes at JCCC. Several models of tuition have been receiving a great deal of attention as we work to reduce costs, while protecting the value received. At JCCC, we currently award over $1 million dollars of scholarships supporting our students, which provides the opportunity for students to receive a two year degree, at a reasonable cost. Additionally, we have a number of supplemental support programs through child care, meal sharing and emergency funds. We also provide support for mental wellness. When we are aware of student needs, we work hard to provide the assistance they need.

Tuition free, or any program designed to assist students in overcoming the rising costs to attend college, may be free to our students, but the cost would need to be absorbed in our budget. To consider how the budget gap would be made up, one needs only to understand our revenue sources are the mill levy, tuition and state funding. With state funding relatively flat, and tuition a smaller part of the revenue as a result of reduced tuition dollars, the mill levy, or the portion paid by taxpayers and business, would need to be greatly adjusted to compensate for the gap. I am in favor of doing what we can do to provide students with as much support as we can, but the costs are still there. It should not be lost in the conversation that the cost to attend college is not any easier on many middle income families, who may not qualify for scholarships or grants. 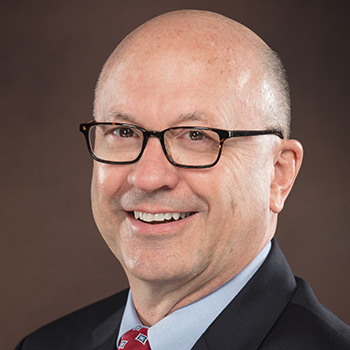 It is a fine aspiration to make community college free to all. However, for the 2019/2020 school year we have budgeted for almost $30 million in tuition and fee revenue. Someone has to make that up. It’s not “free.” To raise $30 million would require a more than 30% increase in the property tax bill homeowners pay the College. And property tax is our only option because the only other revenue sources are tuition (which some would eliminate) and state aid (which is not going to increase in any meaningful fashion). Our tuition and fees are already the lowest effective rate in Kansas or in the region, at $94/credit hour for a Johnson County resident (out of county and out of state students pay considerably more). You can get 2 years of college for under $6,000. Free, discounted or reduced tuition will spend money we don’t have and increase property taxes. I support a program that is under consideration called the JCCC Promise program that would target students in financial need who meet certain grade point criteria and follow our recommendations on counselling, tutoring, etc. JCCC is already affordable and accessible and property taxpayers are already paying 65% of the cost of the College. Let’s focus on students truly in need instead of giving this high quality education away to all and making taxpayer foot over 80% of the cost of their community college. 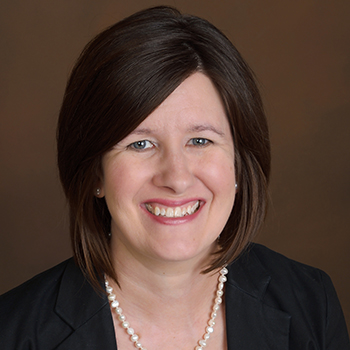 This is certainly a national trend. Just as with its founding, Johnson County Community College has always been on the cutting edge of national trends and I think this is certainly one to look at. I for one am not in favor of “significantly reducing tuition or making JCCC tuition free”. However, I am in favor of increasing access for students to be able to attend community college with what is called a “last dollar” college promise concept. This idea is already being studied by JCCC administration. A “last dollar” college promise program is designed to cover the remainder of college tuition costs after all scholarships or grants have been awarded, thus lowering the financial burden on The College. The JCCC administration projects that this program could be paid for by reallocating 1% from the general budget to pay for it. At The Board’s August retreat this kind of program was discussed with no action taken. It seemed the trustees couldn’t agree on what kind of student would be eligible for such a program. I would advocate for a study to examine which Johnson County residents are unable to attend despite the desire to. I would fully support a college promise program to provide those students an opportunity to further their education. 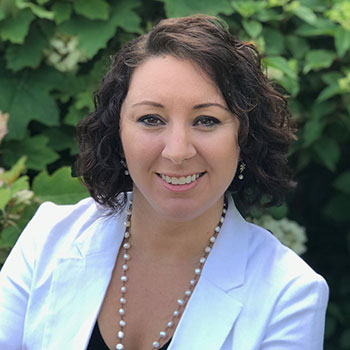 The community college should serve the needs of all students in Johnson County and in order to do so, it is imperative to keep the costs down for students. This isn’t just about access for students, it is also about fiscal responsibility. The college needs reserves that stay within the boundaries of good financial planning. When the Vice President of Finance at JCCC tells a committee they are concerned about projections of cash reserves, we should listen. I favor programs that offer keeping tuition low and offering better access for military members and families, and expansion of programs that offer job retraining for the future. I am not advocating for a tuition free college. I believe that policy would create inequity between JCCC and other Kansas colleges, and there is no way to determine the entire impact. Tuition relief, however, is easier to calculate and can benefit the community by raising enrollment. Enrollment at JCCC has been in decline, and a boost in registration easily offsets some student relief. The funding of programs geared toward specific community members with greater relief, or fields where there is high demand offer JCCC a chance to become a community college that looks after the needs of the community.

Fearmongering over “budget gap” in reductions is simply unfounded; an increasing attendance and opportunities for students is sustainable and smart. 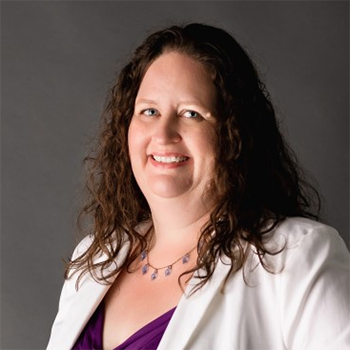 Community colleges are often called a ticket to the middle-class for students from low-income families. When we see enrollment at JCCC down around 25% and tuition increasing 30% over the past decade, while the free lunch rate in Johnson County has increased over the same period, it means there are thousands of residents each and every year who don’t have access to that ticket, even while our tax dollars are already paying for 80% of it, between state grants and the mill levy.

Given that there is an extremely low marginal cost for additional students, we should be investigating ways to improve accessibility to residents, and one way to do that may be a reduction in tuition. We can make a tuition reduction revenue-neutral if it also results in an increase in enrollment. For instance, if we were able to return to 2009 enrollment levels, we could reduce tuition by as much as 20% without increasing the burden on tax payers. This may sound challenging, but Blue Ridge Community College in North Carolina was recently able to turn around a similar enrollment decline by becoming more responsive to the needs of the community and local industries, beginning with the use of listening sessions with stakeholders. We’ve spent over $125 million in the last 8 years on new construction and renovations. It’s time to shift focus back to serving students and the community.

Johnson County Community College is celebrating its 50th anniversary this year and has been widely recognized as vital asset to the county over its first half century. What do you believe the keys to continued success over the college’s second 50 years will be — and what does “success” for a community college look like to you?