Long before I was elected to the city council, I attended a preliminary public meeting where residents were invited to participate in a community center brainstorm session. During that meeting, I suggested the inclusion of a dog park in the open area but the idea was quickly dismissed by the presenter. By the end of the night, I was left with the feeling that the city had a good idea of what they wanted and was simply guiding attendees that direction, and I was left questioning the transparency of the process.

After recent conversations with my constituents, I’ve learned of the initial sense of loss felt when they learned the pool was designed too small to host swim meets, which later turned into frustration with the 1.6 million dollar increase to amend the plans. Many residents also feel the smaller library and possible reduction in programs like English as a Second Language is more of a loss than a gain.

Unfortunately, this entire process has left a bad taste in many residents’ mouths, and I don’t blame them. I do love that the City of Merriam has the means to build a new community center for its residents but I truly feel like it missed the mark on a few important aspects on this project and has damaged the trust residents have for the city leaders and staff. My hope is that trust can be gained as the community center-library project moves forward, and I invite residents to continue attending council meetings and voicing their opinions and concerns. 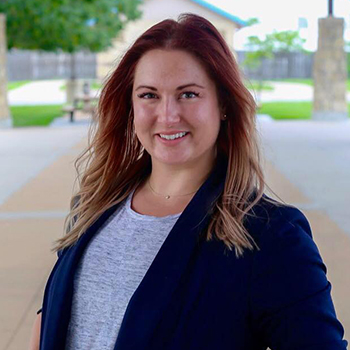 I am cautiously optimistic about the library project. Libraries are a pillar of successful communities, and provide us with resources well beyond free books. On paper and when compared to the success of similar projects in other cities, the deal makes sense; however, I have two concerns:

1. Is this too good to be true? While this type of agreement, according to the Building Community FAQs is “common practice among government entities and is aimed at saving taxpayer dollars,” we don’t yet know the cost for the new building. The Johnson County Comprehensive Library Master Plan only refers to a $137M budget (in 2015 dollars) for county-wide updates. If the sale of the current library land is not enough to fund the new library design and construction, will Merriam residents get hit with a property tax increase from the county to fund the gap?

2. The quality of life in the Ward 2 Slater/Antioch area. The residents who live on Antioch and Slater between Shawnee Mission Parkway and Johnson Drive have had front-row seats to the construction of the ill-fated Circuit City, IKEA, Hobby Lobby and the new community center. Now, the library construction will stretch into the next decade. It is disruptive and stressful to live next door to continuous commercial development, so I will be attentive, compassionate and do my best to find solutions when these neighbors have concerns.

Finally, government transparency is not just about making information accessible. It is, as Ballotpedia says, “at the heart of how citizens hold their public officials accountable.”

Merriam leadership should always focus on fulfilling its mission statement, “To serve the public with transparent government focused on progress.” Since this question is rooted in government transparency, libraries literally exist for sharing information, and we recently celebrated the anniversary of the Government in the Sunshine Act, I submitted a request for a Sunshine Review transparency evaluation of the Merriam website (it seems we haven’t been evaluated yet). If our grade is anything less than an A+, I will work to make and maintain the necessary improvements to receive the highest marks from an organization dedicated to transparency in local government.

Bait & switch! The library was snuck in after the public voted for the community center. City leaders did not mention the proposed library move before the vote because the public probably would have voted NO if they knew the library was going to take up space needed to build a reasonable size outdoor swimming pool. I joined the grass roots resident group circulating petitions to try to get city hall to listen to the residents. I also signed the petitions. My opponent did nothing to help represent the residents’ voices at city hall. 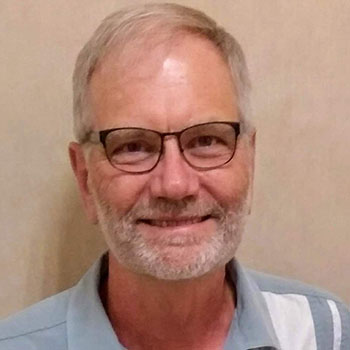 First – I really like the outcome. The new library will compliment our new community center. We will have a beautiful campus that will benefit our community. And when the old library is torn down and the land is re-developed, Merriam will get some prime commercial real estate back on the tax roles.

Regarding the process for how we got here, I am new and I don’t yet fully understand the criticism, so I am not going to throw anybody under the bus. As with every significant project, communication is critical. 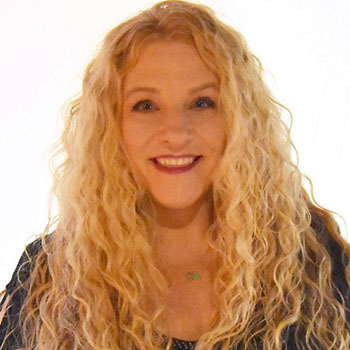 he new community center and the library projects are honestly, the reason I decided to run for city council. I am one of the residents that feels unheard. This process in how these projects passed, was not transparent. The library was snuck in after the residents had already voted for the community center. I feel as if the residents had been given the opportunity and correct information, the outcome would be much different. Residents were not made aware that the library was going to occupy as much space as it is, taking away from the size of the new pool we are getting. I was part of collecting signatures in an effort to get the current council to revisit this topic, but myself and 899 others were ignored.

I am concerned whenever residents believe that we have not been transparent. I think that we (the City) tried to be transparent by the development of a steering committee made-up of residents with varying backgrounds. This committee met on numerous occasions and it sought public input at two meetings. These meeting were advertised in numerous ways. Unfortunately, I do not feel that we reached the community in a meaningful way. I have spoken to numerous residents who did not know these meetings were occurring. The small turnout at the public meetings would seem to verify this notion. In that sense, I believe we failed in our communication efforts and therefore the process was flawed. Another indication that our residents were dis-enfranchised was that several petitions to stop the process were signed by numerous residents. It is obvious that many of our residents did not know what was occurring with the development of the community/aquatic center plans. I believe that the design of the outdoor aquatics did not meet the expectations of many in our community. The committee either failed to identify this concern when they were designing it or they prioritized their allocated budget in other ways. The committee plans did include the addition of moving the Johnson County Library onto the site at an early stage.

We have known for many years that the Johnson County Library Antioch branch was inadequate in a number of ways. This was the first library in Johnson County and its parking and structure were inadequate for todays needs. Ward 3 Councilmember Nancy Hupp served on the Library Board for many years. She knew on a first hand basis that the Merriam Community could potentially lose it’s library. Once the Community decided that they wanted a new Community/Aquatic center, the idea of inviting the Johnson County library to co-locate on our property was proposed. There were no Council backroom discussions concerning this topic. The idea was discussed openly at numerous Council meetings. Councilmember Hupp’s position on both the library board and her Council position were clearly identified from the beginning. Councilmember Hupp excused herself from all votes concerning this topic, so that no conflict of interest ever occurred.

I think the process could have been improved through more community surveys. I think it is imperative that we communicate with our constituents. I and Councilmember David Neal have explored the idea of utilizing a company to assist in the design of questionnaires that could be sent to our residents. We have shared that thought with our City Administrator and he is looking into the possibility. We need to ensure that our residents are informed and we need to solicit their input in our decision-making process whenever it has a monumental impact.

I agree that the process was not transparent enough, but I am excited for the outcome once the library is completed in 2023. The Antioch branch of the library is the first location of a Johnson County Public Library and I believe it is very important to keep that history alive and honor it by building a new state of the art complex that houses all of the things that a modern library needs to offer. The current branch has to be closed a lot because of building issues and the County (and our tax dollars) are footing the bill to keep this poor performing building open. The concept for all of the new branches, like the one at Lenexa City Center, is wonderful and will be an amazing asset to our city, especially being adjacent to the community center and city hall.

I know a lot of people are upset that the city sold the land for $1 with, but in reality everyone in Merriam pays Johnson County taxes as well as a part of their property taxes and we all would have been paying for the purchase of the land. It does feel that it was a last minute add to the project and if I am elected, I hope to be able to explain and bring issues like this up early so everyone can be informed as the process progresses.

For many seniors who would like to stay in their city of residence in Johnson County – where their friends, doctors, churches, social connections are – moving options within their community cost more than their current home. How would you work to address this issue in Merriam? (This question came from the Johnson County Health Equity Network, which focuses on housing affordability, stability and safety).