Managing the city’s budget is one of the primary roles of a city council. What’s your assessment of the current tax environment for Roeland Park residents — are taxes too high, too low, just about right? If you propose lowering taxes, what services or budget items would you cut to make the budget balance? If you propose raising them, what would the additional revenue be used for? 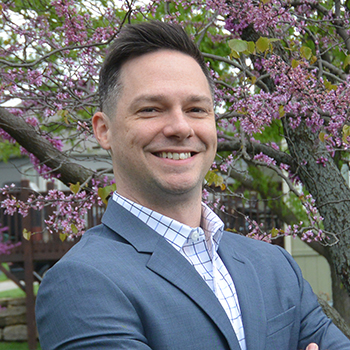 Though we can all acknowledge that taxes are higher than we would like, it’s also important to focus on the growth and potential for our city that comes from our responsible use of funds. Part of that conversation must be how we continue to develop a community that is inviting to both new and long term residents while keeping costs reasonable for every income level.

Improving your quality of life requires investment. We bought our first home here and chose Roeland Park because of its close-knit community, strong public safety, and because the homes are some of the most affordable in the area.

To buy our house, we took out an affordable mortgage that we knew we could pay back; and that’s crucial to this conversation. We didn’t take out a loan to pay for the house plus adding a second story and a pool with jacuzzi in the backyard; that would have been irresponsible. We knew that to improve our quality of life and own a home, we would have to make a long term investment and be smart about it.

The same goes for the city. Our first focus must be continuing to invest in our great city services like leaf pick-up, excellent police department, and responsive city staff. Resident satisfaction surveys, as well as my personal interactions while talking to our neighbors, tells us that parks, streets, and updating our pool and community center should also be priorities. As we evaluate the budget and find where we need to continue and make new investments in our city, the decisions must be made with every income bracket in mind.

Now is the time to make meaningful progress in Roeland Park because the longer we put it off, the more expensive it becomes, which is not responsible governance. My commitment as a city leader is to ensure all of my neighbor’s desires and concerns are accounted for both in planning our city’s future and being able to afford it.

Striking that balance is the key to keeping our community safe, strong, and affordable. 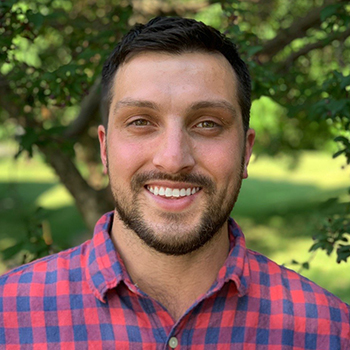 Property taxes continue to be a real concern for our residents. They were raised several years ago on the pretext of a crisis due to the real possibility Walmart might leave, but stayed high even after Walmart decided to stay. I believe we need to explore ways to gradually lower our property tax rate to ensure Roeland Park remains an attractive place for home ownership. In terms of a budgetary offset, the answer lies in a mindset of “zero-based budgeting” where every item, every year, is reviewed to determine whether it’s working efficiently and is receiving the appropriate amount of funding. The public expects public safety and streets to be funded as first priorities. Any savings identified can be passed along to the taxpayer. Also, as we retire debt, the savings from debt management can be passed along to the taxpayers as well. 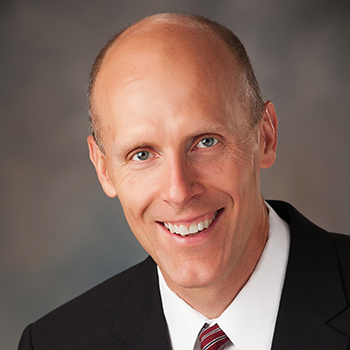 I believe Roeland Park’s property taxes are too high, tax receipts are not being ideally used, and that the public is not being adequately informed of long-term development or how it is financed.

Since at least 2017 the City has been financing its operations on the pay-as-you-go basis through what the City defines as ‘creative use of several resources’, including ‘additional resources available in the general fund, and TIF’. These resources are primarily the result of the 30-40% property tax increase imposed in 2013/2014 when it was feared Walmart would leave.

High property taxes combined with continuing Walmart sales taxes allowed the City to accumulate what its MD&A states is ‘substantial reserves’, significantly reduce its debt, finance current operations, and finance the City’s portion of long-term capital projects such as Roe2020 with TIF property taxes. The 2018 CAFR reports that property taxes – including TIF – nearly doubled from 2013 to 2018. Also, during this period, total cash and investments increased 37% or $4.3 million including a $53% or $2.0 million in the general fund. Total debt decreased considerably, and TIF debt decreased from $3.8 million in 2013 to $259,000 in 2018, credited to higher TIF property tax revenue. General spending, such as for policing, was essentially flat.

While on the surface this may all sound positive, it seems primarily due to these artificially high property taxes. Over the past six years, these taxes – including TIF – have provided significant extra funding to pay-off of debt, finance current operations, build ‘substantial reserves’, and finance capital projects that otherwise would have likely been funded with debt, after a public vote. This easy access to cash may have contributed to increasing property owner complaints of not being informed of development impacting or destroying their property. Further, the high property tax rates compared to neighboring cities seems unnecessarily punitive to homeowners and likely makes us less competitive in attracting new businesses.

The City should decrease accumulated cash reserves, lower the property tax mill rate to approximate annual spending, and finance long-term projects with debt, following a public vote. This should result in a mill rate reduction of at least 5-7 points, partly offset by a small debt service mill increase depending on the voter approved debt level. Debt is the best option for long-term capital projects since the cost is balanced to those benefiting from the development and because it will ensure public disclosure. 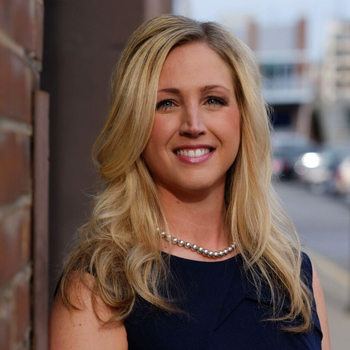 As an experienced real estate agent, I know that two numbers matter to potential home buyers- the price of the house and the price of property taxes. In Roeland Park, homes are very affordable in terms of home cost and property taxes. According to city data, our taxes are lower than most other Johnson County cities. That means Roeland Park is already one of the most affordable cities in all of Johnson County both in purchase price and property tax.

Our taxes cover maintained streets, sidewalks, parks, an excellent police department and a high-quality, responsive city staff to name a few. All of these areas were ranked as high priorities in the three most recent Citizen’s Satisfaction Surveys as well as upgrading our community center and our community pool.

One mil equals an average of $2.50/month per household in Roeland Park. To reduce one mill in our budget would mean cutting the equivalent of half of our annual street maintenance.

While most of us enjoy saving money where we can, lowering taxes right now doesn’t seem wise or responsible especially when most Roeland Parkers indicate they are not only extremely happy with the quality of current city services but would like us to invest even more into parks and community buildings. Those who advocate for major cuts are always at a loss for exactly where they would cut or even how much, not to mention why they would disregard how the strong majority of residents have indicated they want their money to be spent.

The good news is, Roeland Park has several opportunities for development. Although any new business will need to pass muster with neighboring homeowners and the community alike, there are ways that we could significantly and responsibly lower the property tax rate. 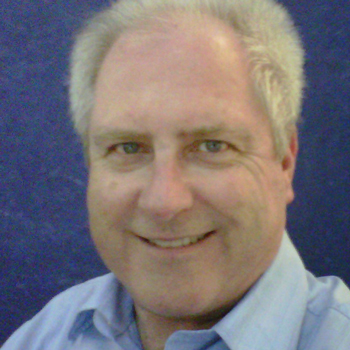 A city council is the government entity closest to the people, and it is incumbent upon members of the city council to limit any tax increases to what is necessary for the efficient operation of the city government. A city budget should include desired amenities, but any amenity should not be priorititzed ahead of the needs of the city, leading to the justification to an artificially inflated mill levy and higher sales tax rates.

In past years, the city’s mill levy was increased, due, in large part, to a reduction of property values and sales tax revenues collected, and the threat of Walmart relocating to the City of Mission. Property values and sales tax revenues have rebounded, and Walmart is not relocating outside of Roeland Park, but the city council, as a majority during the rebound, has been stingy in reducing the mill levy.

Property-owners are subjected to a tax increase every year their property values increase, without a reduction in the city mill levy. Unless a property-owner intends to sell his/her property, or take out a loan against the value of his/her property, the owner does not receive the benefit of the appreciation in value, but sees an increase in his/her tax burden. The system bakes in a tax increase …, unless the city council acts to offset an increase in property values. Reducing the mill levy does not mean that there can’t be an increase in tax revenues generated, to cover the increased cost of maintaining a vibrant city, but that an increase is limited in its impact upon property-owners.

If I’m fortunate enough to be elected to represent the residents of Ward 4, I would suggest a review of expenditures, prioritizing them upon the necessities (personnel, public safety, street maintenance and repair, etc.), then consider expenditures beyond our basic needs. Services can appeal to a cross section of our residential population, but why not make them available, while retaining a lid on expenditures? Additionally, we could review Special Tax districts, in an effort to keep residents shopping in Roeland Park, not going elsewhere for their shopping needs, because of a higher sales tax rate. 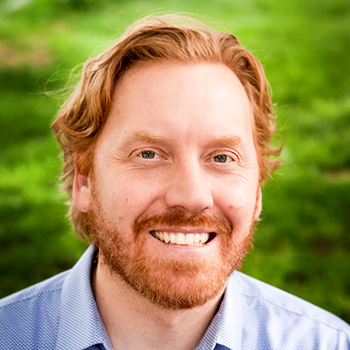 I understand how property taxes impact residents in Roeland Park. In a household that runs on two teacher salaries, my wife and I have to pay extra close attention to our budget. I do not support increasing the mill levy.

In the last three years, the city council has decreased the city property tax rate by almost 5 mil. A decrease of 1 mill in Roeland Park, results in a monthly tax bill that is smaller by about $2.50 per household. This same decrease is worth half the yearly street maintenance budget to the city. Should we trade potholes for $2.50? Roeland Park already spends a small amount of money per capita compared to similar cities.

Future discussions on setting the mill levy must be responsive to residents and support the quality of life they deserve. I will make decisions about our city’s tax policy in a responsible and balanced way in order to create a community that is more desirable to businesses we want in Roeland Park. Business property tax rate is higher and a more efficient way to increase revenues while lowering the tax burden on our residents.

People who run for elected office often have strong views about how things ought to be — views that may differ sharply from their colleagues on the city council. What steps would you take to ensure that you have positive, productive relationships with council peers who may have different views than your own?