Inside the Shawnee school, Intfen almost immediately bonds with the teenagers. The candy jar filled with Kit Kats and Reese’s Peanut Butter Cups doesn’t hurt. Yet even as she has attended to their needs, Intfen’s colleagues know that she is quietly dealing with a personal crisis.

The beloved secretary is among a growing number of Johnson Countians whose incomes have not kept pace with soaring housing costs.

“When I started looking for apartments I thought, ‘Oh my God, I’m about ready to throw up. My rent is going to more than double,’” says Intfen, who lives in Overland Park near Johnson County Community College.

She’s spent years living with friends to make ends meet. But when her roommates gave notice this summer, Intfen was left wondering if she should double her rent and live alone or find a stranger to take over their portion of the lease.

“I’m 53 years old. I don’t want to bring someone into my house that I don’t know,” she says. “I feel like I’m caught in a black hole. I can’t afford to live by myself.”

Yet 28% of jobs in Johnson County pay less than $15 an hour, below $32,000 annually, even with a low unemployment rate. Finding affordable housing – be it for seniors looking to downsize, teachers, firefighters, government workers or college graduates – has drawn the attention of local government, and nonprofit and business leaders in Johnson County.

The Urban Land Institute defines “workforce housing” as housing that is affordable to households earning 60% to 120% of an area’s median income. In Johnson County it could help anyone from a senior citizen on a fixed income to a recent graduate or lower income worker who don’t qualify for Section 8 housing.

Johnson County’s affordable housing crunch is a problem that’s at least a decade in the making as its housing market weathered a national collapse and remained strong. Since the last census, the county’s population has been growing faster than the housing supply, an estimated increase of about 9.8%, or about 54,000 people, compared with a 7.9% jump of about 18,000 housing units.

At the same time, the housing supply on the lower end of the market has been declining even as houses valued between $250,000 and $399,999 have been increasing. Valuations have been increasing in places such as Overland Park by an average of as much as 4% a year, a great trend for those looking to sell a home but sticker shock for many paying property taxes.

Renters have seen their costs rise as well. Intfen, who also babysits, house sits and dog sits whenever possible, wonders if elected officials truly understand her predicament and are aware of how quickly the market has shifted. Sometimes she wonders if her fellow Johnson Countians understand the toll it takes.

An issue for local governments?

Thanks in part to local nonprofits and health advocates who have sounded the alarm, there’s growing awareness. In a county where the cost of living for groceries, health care, utilities and transportation remains close to the national averages, the high cost of housing stands out.

About 80 percent of local government candidates who responded to a survey from The Journal say that Johnson County lacks enough affordable housing. Almost all the remainder say they aren’t sure.

But views vary widely about how big the problem is, what should be done about it and whether other issues should take precedence.

Eric Jenkins, an incumbent seeking reelection in Ward 2 on the Shawnee City Council, says his local governing body’s work should be focused on furthering an environment that would encourage the development of affordable housing. (His opponent, Andy Rondon, indicates that he is focused on affordable housing as part of a broader effort to promote sustainable living.)

“I do not feel the affordable housing issue is an issue for local government,” Jenkins wrote.

Others see government mostly as a barrier to the supply of affordable housing. Adam Mickelson, a candidate running against incumbent Jim Randall for the Ward 2 seat on the Olathe City Council, proposes decreasing development ordinance regulations and taxes, working with builders to encourage the construction of affordable homes and creating zones where affordable housing fits well in future land-use maps, perhaps prioritizing areas where land is cheaper.

“One of the greatest hindrances to affordable housing is government regulation,” Mickelson says.

Randall is not sure Johnson County lacks enough affordable housing for people who want to live there. He says he’ll continue “to support the updates and refurbishing of older homes in the city and support new developments that provide affordable housing.”

“Olathe has the highest inventory of affordable housing per capita of any city in Johnson County,” he wrote.

Other candidates, such as Rick Collins, who’s running for reelection as Overland Park’s 6th Ward representative, say that there needs to be a clearer understanding of what officials are trying to accomplish.

“We first need to define ‘affordable housing,’” he writes. “A better description may be attainable housing.”

“High property values is also a sign of a healthy economy,” says Hamblin, who indicates he’s opposed to opposed to building apartments next to estate homes in the southern part of Ward 6.

“Many residents are not interested in seeing their property values drop because of actions taken by the government.”

You can learn more about what nearly three dozen candidates running for city offices in Johnson County think about affordable housing and other important community issues here.

Who wins? Who loses?

It’s not surprising that affordable housing concerns spark a divergence of opinions in Johnson County. It’s not a typical issue for local government. It’s not the same as fixing a street or opening a park.

So why tackle it at all? The answer is jobs, an issue that often commands the spotlight in local government. For businesses to grow and plant roots, they need employees – including those with lower incomes – to live within a reasonable distance.

But the complicated nature of the issue means it’s taking a variety of stakeholders to help communities diagnose the situation. United Community Services of Johnson County is one of the groups leading a charge to energize and educate others. It’s time to get off the sidelines, says the organization’s executive director, Julie Brewer.

She’s led an educational campaign that brings together cities, faith-based groups, nonprofits, school districts, health agencies and employers to inspire a collective purpose. It’s time, she says, to step away from the silos and work together to create collective change.

“What do I lose if we do nothing? What do I gain? How am I a part of creating that future? That’s an ongoing process,” she says.

It will not be easy. Developers, builders and real estate agents say the price of land, fees and many other factors in Johnson County demands high-priced homes and luxury apartments to make a profit and appease residents.

Home builders care about affordable housing, too, says Shawn Woods, president of the Home Builders Association of Greater Kansas City and owner of Ashlar Homes. But making the numbers work to build a $250,000 home is risky at best.

“Our permit, water tap and sewer tap on a house in Kansas City, Missouri is about $3,500. There are some areas of Johnson County that that same exact service and fee is $12,500,” he says.

Cities have long worked to keep existing residents from shouldering new construction costs especially in profitable markets. But builders believe at too high a cost.

In addition, housing codes used to be changed every eight to 10 years. But the cycle has moved to two to four years. Each cycle adds about $4,000 to $5,000 to a home price, he says.

While residents often protest lower-valued homes and apartments, Woods says that at times public sentiment has closed minds inside city halls, too. Some cities, he says, want to see $400,000 plus homes in order to fuel their tax base pay for high-quality roads, parks and amenities that Johnson Countians desire.

But a market without homes at all price points creates a lopsided market, he says, and makes it harder for younger families to put down roots.

“Sometime in the last eight to 10 to 12 years, a $250,000 house became a bad word. It’s like nobody wants that in their neighborhood. And the thing that all these cities have lost sight of is: That’s what they were built on,” Woods says.

This is part one of a three-part series about affordable housing in Johnson County being published by the Shawnee Mission Post. The stories are adapted from The Journal, a magazine published in print and online at klcjournal.com by the Kansas Leadership Center, and are being used with permission. 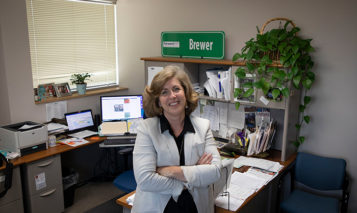 Priced Out: What can cities do to encourage creation of housing options for all budgets? 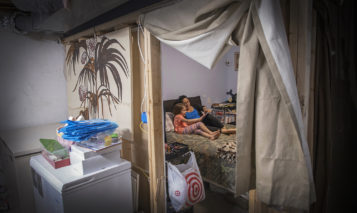 Priced Out: Increasing access to affordable housing in JoCo is a health issue. But the politics of doing so are tough