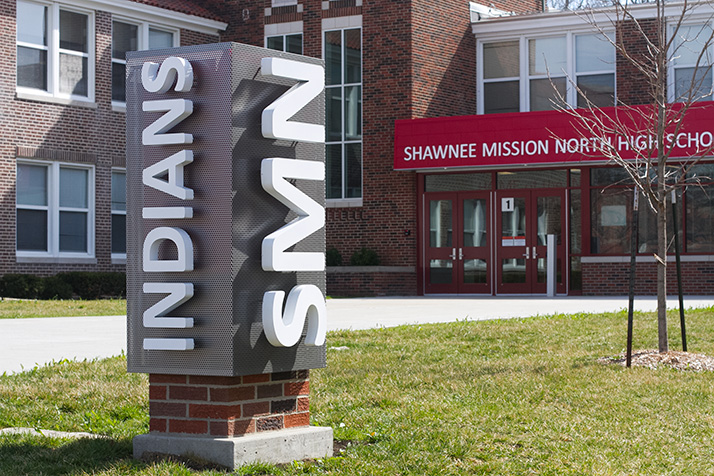 The Shawnee Mission North Sports Scholarship Foundation has established a new scholarship for members of the school’s swim team and is naming it after the school’s long-time swimming and diving coach, Cody Fothergill.

The foundation will honor Fothergill at a 50th anniversary celebration of the installation of the high school’s pool on Oct 13. This will also be the announcement and fundraising launch for the new scholarship.

Steve Sears, 1979 SM North graduate who started the North Star Awards at the high school, has teamed up with a few of his swimming classmates, former Mission Mayor Laura McConwell, Brian Metz and Donna Sosna, to kick off a campaign to raise $20,000 for an endowment that will fund the annual scholarship. One of the very first decisions they made was to name the scholarship after Fothergill, who coaches boys swimming and diving at SM North.

“I was an advocate for him to be the honorary coach because he is celebrating 20 years in that position,” Sears said of Fothergill. “And to me, that tenure is more valuable and more honorable than almost any awards in the pool could be. I think it’s just amazing.”

Sears said they consulted with school administrators and former athletes under Fothergill’s coachmanship and “they all said the same thing, that he is a very, very dedicated coach, a very popular coach with his athletes.”

Fothergill began teaching at SM North in January 1998, and began coaching swimming and diving for the boys team later that fall. He has also coached the girls team for a few years.

“It was shocking and it was extremely humbling,” he said of the scholarship being created in his name. “It about brought me to tears. It is certainly an award based partially on longevity but also on the quality of the program that we’ve had for all of this 20 years.

“It made me feel really proud of the swimming program at North overall, both boys and girls, that finally we would have this scholarship.”

“I am proud of our swimmers over the years for their hard work, their dedication and how much improvement they’ve made,” he said, adding that most of his swimmers do not swim year round. “We’ve had so many non-swimmers when they get to North that have become really outstanding swimmers by the time they’ve left.”

Fothergill teaches business classes and has taught some computer classes. He also served as adviser for the student council in his first eight years of teaching, and later served as adviser of the school’s DECA chapter.

Sears said all alumni swimmers, divers and supporters over the school’s pool history are invited to the anniversary celebration Oct. 13, which takes place from 2 to 4 p.m. at the school pool. The pool was technically built in 1970, but they are celebrating a bit earlier.

Sears said they hope to raise all of the necessary funds for the $20,000 endowment by the end of 2019. The scholarships are given away in the spring, so they hope to give away their first swimming and diving scholarship by that time.

Shawnee Mission’s teachers and administration are trying to patch things up. How did they get so far apart in the first place?