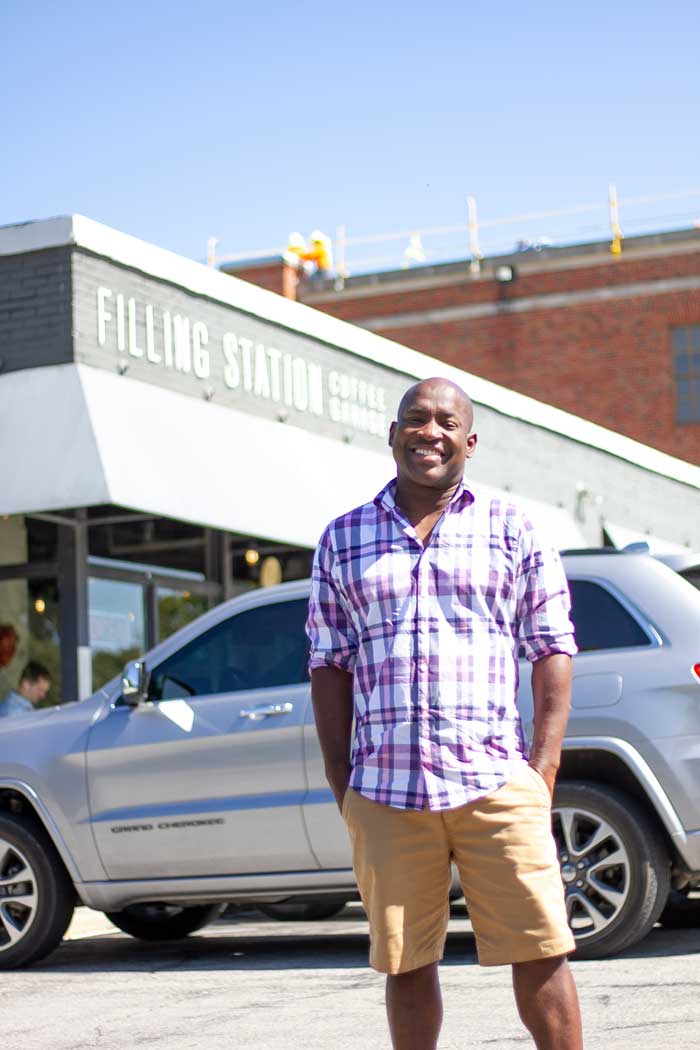 Every corner of the Kansas City metro area has something different to offer. At least, that’s the way Alexander Vallar sees it. Originally from St. Louis and a Mizzou graduate, Vallar enjoys traveling the world and writing reviews about the many places he visits. A Local Guide with Google Maps, Vallar has completed 715 reviews (and counting) of places, with roughly 150 of those locations in Johnson County. When he’s not traveling, sightseeing or reviewing places, he’s busy in one of his many roles leading the drumlines at the Kansas City Chiefs Rumble, the Marching Jayhawks at the University of Kansas and Blue Valley High School in Overland Park, where he teaches percussion.

Local Guides is kind of my outlet. It got me out into the city a little bit more. I’m pretty much an explorer. I’m kind of an introvert in ways, but my extroverted side just jumps around and checks out new places by myself.

It started four or five years ago. I was Googling, just for fun, and the Local Guide program just appeared. I was like that’s kinda interesting. You can review places and I already kinda do that — on OpenTable, for example.

I typically don’t go to the same place twice, just because I want to explore different areas. It started in Kansas City — I was trying to explore every little corner of the city because it has so much to offer.

Once I started exploring there, it led me to travel more, like what else am I missing? I’ve gone on several trips alone to London, and Sweden just on a whim. So I was like let’s find the cheapest way, and I described some restaurants there.

I believe it was last year, they have the top 150 individuals that are local guides get invited to their summit, so I got invited. I learned quite a bit, the techniques of it, get a little better at photographing. It was an incredible experience. I got to meet a lot of people that were like me in terms of wanting to explore.

I kinda call it my social media. It’s a way I can express myself. With Facebook now, you get overwhelmed with people sharing, so it’s an area of space that I can share all these things without the judgment, I guess, in a way. I can share with like-minded people and also learn from those places.

I never knew Kansas City had so much to offer. When I was single, there seemed to be so many areas I could go to to meet different people. Like St. Louis, for example, the city expands outward to the suburbs, so the city center is only on one side, the far east side, whereas Kansas City radiates out, and each one of those districts has something completely different.

Johnson County itself has its own type of character. It’s kinda urbanizing itself in terms of getting more boutiques and being less chainy. Northern Johnson County is completely different than southern Johnson County. For example, the Filling Station where we’re at now: It’s a lot more local, whereas the further south you go, you get a little bit more chainy. It’s interesting seeing the difference.

What I’ve learned as a local guide, primarily, I’d say, are how areas of town I would typically not go to have some of the coolest places. This area, I typically wouldn’t drive to. I wrote that it’s a great meeting place; I never would have known about it if I hadn’t driven past it trying to avoid traffic. It’s not Starbucks.

It’s just awesome to see because I think it builds character to a city. A lot of people don’t think Kansas City has that much to offer. Every corner has its parks but you really don’t know about it until you explore it. It really has a lot to offer for everyone. It seems like every little suburb or neighborhood has its identity, but within that identity, there are things that everyone can choose from.