The Shawnee Mission Board of Education unanimously approved the addition of sexual orientation and gender identity to its policy on non-discrimination during a specially called meeting Monday, despite hearing from a slew of patrons who said they opposed the idea and asked the board to slow down on considering it.

Superintendent Mike Fulton told the board that the addition of sexual orientation and gender identity to the policy — which already included race, creed, religion, color, national origin, ancestry, age, sex and disability — was essentially a codification of the district’s existing approach, and that it supported the recently approved strategic plan. That document calls for the district to “relentlessly create a fully unified, equitable, and inclusive culture.”

“It reflects current practice,” Fulton said of the policy change. “We do not discriminate against staff or students based on any characteristic, so this is consistent with what we already do.”

The meeting, which served as the first and final reading of the policy change, attracted a large crowd, with both proponents and opponents of the item voicing their opinions. Fourteen speakers came to the podium during open comment, with 10 of them objecting to the idea. Many of the opponents said they had concerns about the possibility of transgender students using girls bathrooms, or students born as boys competing in girls sports. Others raised concerns about the district promoting a “sexual ethic” in elementary schools.

Kathy Laverick, who has three sons who went through Shawnee Mission schools and five grandchildren currently in the district, was the first person to speak against the policy, and said she believed the district was aligning itself with “activist LGBT organizations” and argued that public schools should not be playing a role in labeling students by their sexuality at an early age.

“You have put out the welcome mat to activist LGBT groups. And sooner or later they will come knocking and demanding. Whatever have you done?” Laverick said.

But proponents of the change said it represented an important signal to LGBTQ+ students that their classrooms were safe and welcoming environments. Jacob Moyer, who attended Merriam Park Elementary, Hocker Grove Middle School and SM North, recounted the difficulties he had experienced as a student because of his sexuality, noting that he had experienced suicidal thoughts.

Sollie Flora, a resident of the SM North feeder area and member of the Mission city council, commended the board for considering the policy change and said she hoped it would spur action at the city level in Overland Park and Lenexa, which have not approved a non-discrimination ordinance like their neighboring municipalities.

In comments ahead of the vote, board members said they believed the change was in line with the goals the district had set to be welcoming to all students.

“We try to make all kids welcome in this district and try to accommodate them as best we can,” SM South representative Deb Zila said. “I don’t see it as far reaching. I don’t see this as a door opening. This is just like a non-bullying policy in my perspective.”

Laura Guy, the SM West area representative, said the policy was an important step toward making students who in a different era might have felt ostracized feel like school was a safe place.

“I think this policy is important because in my profession as a pastor I have spoken with many people who identify as part of the LGBTQ community, and I have heard heartbreaking story after heartbreaking story about what they endured growing up, and being told they couldn’t be who they are,” Guy said. “Many of them had depression, had suicidal thoughts. I don’t want any of our students to feel that way. I don’t want them to feel like school is not a safe place or that they cannot be their authentic selves.”

Though the vote on the issue was unanimous, one board member did express concerns with the process by which the item was brought up for consideration.

SM Northwest representative Patty Mach noted that there had been relatively little notice or communication about the special meeting, and asked board president Brad Stratton to explain the thinking behind the process.

“It does seem that this is happening very quickly. It is a first and final reading as presented,” Mach said.

Stratton noted that policy committee had been working on the proposed change for some time, and said that with several packed agendas for the meetings already set for the coming months, he believed it was important to ensure the issue didn’t get lost in the mix.

“This is a very high priority item,” Stratton said. “Our community has been approaching us for quite a bit of time on this, and so we thought we’d give it focused attention and provide a special meeting just for this discussion here so it doesn’t get lost in any other board meeting that might take place.”

The specially called meeting was first put out for public notice last Thursday.

Objections to distribution of tee shirt at Pawnee Elementary

Among the speakers to voice opposition to the policy change was Rachel Cherry, a third grade teacher at Pawnee Elementary, who said she was shocked when building leadership began distributing tee shirts that had the school name inside a rainbow-shaded heart. She said she was upset with the idea that staff would feel pressured to wear a shirt with a message some did not agree with.

“The rainbow was once a symbol of childhood innocence, but it has since been turned on its head by our culture as a political symbol to represent gay pride and a sexual ethic,” Cherry said. “And it’s a sexual ethic that I do not stand in agreement with…It is not fair for our school leadership to brand our school stance on sexuality.”

Cherry noted she had been put off by SM West representative Laura Guy’s decision to wear the shirt to the board meeting. Guy responded that, as a parent whose children attended Pawnee, she had found the shirt to be “a great representation of a district that has deep equity with all of our student, to welcome all students and make sure they have the same opportunities.”

Mach noted that the district had dealt with issues of staff members and political expression before — in 2016, then-Superintendent Jim Hinson’s decision to forbid staff from wearing safety pins prompted controversy — and asked Fulton if the administration had looked into the situation at Pawnee. He said he planned to review the issue. 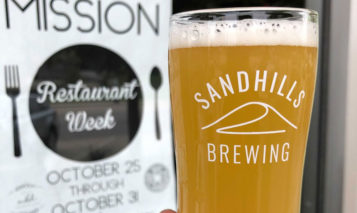 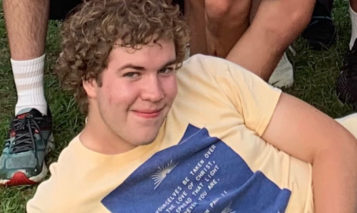 Griffin Lamb, SM Northwest grad killed in highway crash, remembered as ‘someone who brought joy to all he knew’