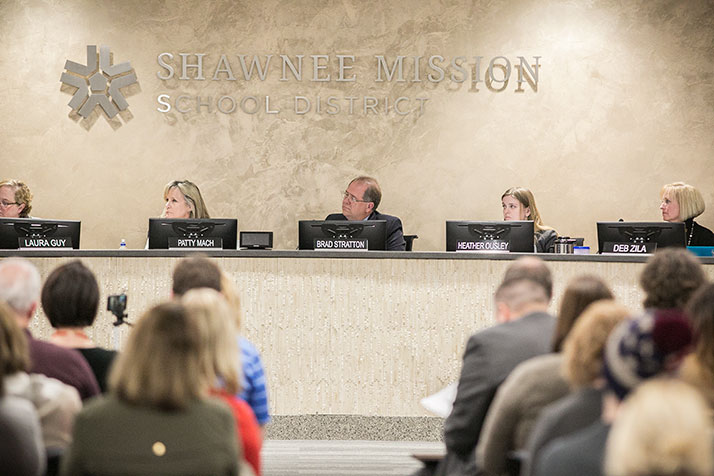 A few weeks ago, we asked our readers to submit suggestions for questions they’d like to hear the candidates running for seats on the Shawnee Mission Board of Education address.

Based on the input we received, we’ve developed the five-item questionnaire below and sent it out to the candidates competing in the following races:

We’ll be running the candidates’ responses to these items starting Monday, Oct 14.

Question 1
Since last fall, a group of parent advocates have raised persistent questions about the district’s 1:1 technology initiative. Among the concerns they’ve voiced is that elementary students have been exposed to inappropriate content on their district issued devices even with the filtering technology the district has in place, and that students are spending hours of screen time each day on their devices. Are you comfortable with the implementation of the 1:1 initiative at the elementary school level? Why or why not?

Question 2
What’s your view of the board of education’s relationship to the superintendent and administration? How much accountability and oversight should the board be exercising over district staff?

Question 3
Relations between teachers and the administration have been strained at times in recent years, with secondary teachers raising concerns about their six-section teaching schedules, and the NEA-Shawnee Mission dissatisfied with contract negotiations. What’s your view of the current status of administration-teacher relations in SMSD? What, if anything, do you think the district should be doing to improve them?

Question 5
There have been two high profile incidents involving guns in the district this year, with a shooting near Highlands Elementary and students bringing guns to school at Hocker Grove. Some parents have expressed frustration with what they perceive as a lack of communication about those incidents. Was the district’s response to these incidents adequate in your estimation? If not, what should be done to improve communication about such incidents?