After more than a year of gathering data on the city’s transportation network, Lenexa has prepared a draft of its Complete Streets plan.

The city’s Complete Streets program attempts to address the needs of pedestrians, cyclists, motorists and public transit users in a comprehensive plan designed to create a safer, more connected community in all forms of transportation.

“It identifies areas where we’re looking to focus improvements to make our city a little bit more complete to provide for transportation services for all users of all ages and all abilities,” said Steve Schooley, transportation manager. “We’ve been doing I think a pretty decent job of looking at Complete Streets, but this is to give us maybe a better, more holistic approach on things.”

Schooley said the plan is not a list of priorities to complete in a certain order; rather, it’s a guide to consider and incorporate multiple forms of transportation when tackling road infrastructure projects in the future.

The Lenexa council will discuss the draft plan at a committee of the whole meeting next week. City staff noted that the public is invited to attend to learn more or provide feedback.

Here’s a look at what residents said they use and want to use for pedestrian and bike paths: 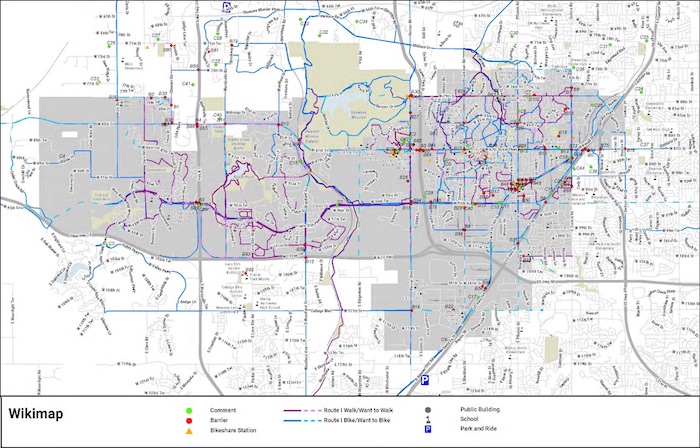 Here’s a look at recommendations for bike paths based on the Complete Streets draft plan: 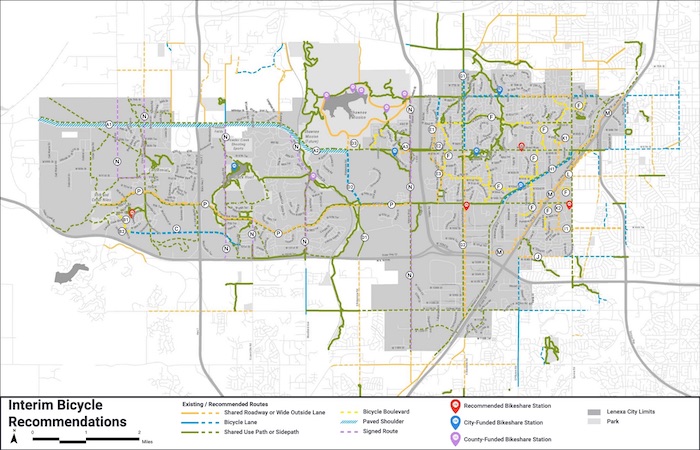 And here’s a look at the sidewalk gaps identified in the study: 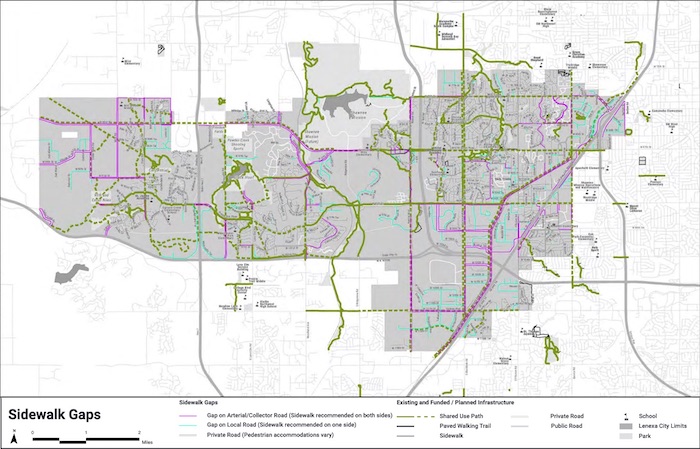 Schooley said the plan provides a guide for the city as it prioritizes transportation projects in the future. The city council will discuss its capital improvement plan in October.

“I don’t know whether or not we’ll have funding specifically for these improvements, to go and independently make the improvements,” Schooley noted.

The city’s committee of the whole meeting takes place Sept. 10 at city hall.