The Shawnee city council has shared its support for conceptual plans of a mixed-use development on city-owned property downtown.

The council in its Tuesday committee meeting considered design plans by Box Real Estate Development of Lee’s Summit, Missouri, to construct a mixed-use residential and commercial site on about 2 acres of city-owned property on the southeast corner of Nieman and Roger roads.

Russell Pearson, owner of Box Real Estate Development, said the design of the Nieman catalyst site is inspired by European-style developments in Erfurt, Germany, one of Shawnee’s sister cities.

Design elements include vertical townhomes above commercial, retail and office spaces. Here are some other details of the concept:

The developer proposed two styles of the live/work design concepts. 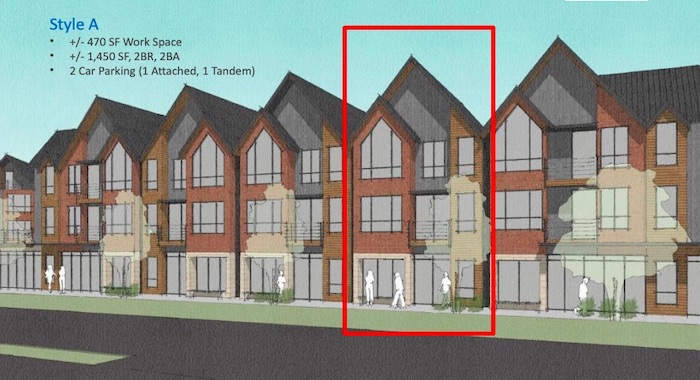 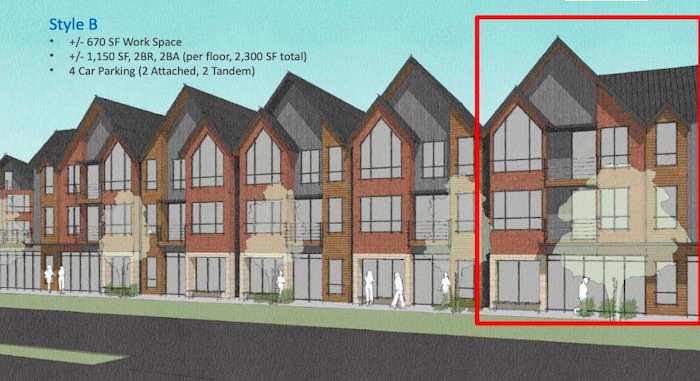 Here is another design rendering of the site: 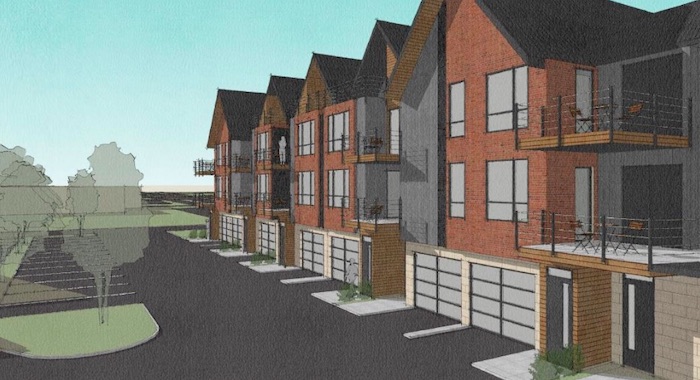 The site is located in an Opportunity Zone, which means the developer could have access to federal funds to cover development costs.

McClure Landscape Architecture and Clockwork Architecture + Design are also on the design team for the project.

Pearson said that when designing the Nieman catalyst site, the team focused on creating gathering spaces and incorporating the city’s nearby trail system and walkability of the downtown area.

The Shawnee Chamber of Commerce also shared its support of the project.

“We’re excited about the potential for the Nieman catalyst site proposal and this development concept,” said Ann Smith-Tate, president and chief executive officer of the chamber. “This proposed residential opportunity paired with other recently opened and announced food and drink options in downtown Shawnee truly show why the 66203 zip code is such a hot market right now.”

“I think this is a fantastic project, really interesting,” said Stephanie Meyer, Shawnee council president. “I think it will be a great continuation of the work we’re doing in our downtown corridor.”

Some Shawnee residents with concerns about aging in place asked if the design could accommodate seniors and residents who require handicap accessibility.

“I think you’re missing part of the market,” said Shawnee resident Rodney Houck. “My wife and I are currently in a two-story house. We’re not looking to go vertical. We’re looking to go horizontal. I think there’s a great need for that in Shawnee. I think we’re lacking that one-level approach, and that’s what I’d hoped you’d have more of. Simply going to another multi-level unit is not where I’m going.”

Shawnee resident Tina Webb, who lives near the site, also shared her concerns that the development will cause traffic, noise and lights shining in her windows. She suggested a privacy fence and a buffer between the development and neighboring residences.

“For the longest time, we’ve been wanting you guys to do something with that property,” said Webb said. “I don’t know if this will work, but hey, it’s something.”

City staff will work with the developer and bring the concept forward to a future city council meeting for final action.