The Merriam city council has directed city staff to look into the feasibility and costs of saving the 1911 portion of the Irene B. French Community Center.

Over the past several months, Merriam city leaders, residents and business owners have been considering options for the century-old historic building at 5701 Merriam Drive.

In its final report to the Merriam city council on Monday, the 5701 Merriam Drive Steering Committee recommended saving as much of the 1911 portion of the Irene B. French Community Center as possible. That option would involve tearing down the rest of the center, creating open space and re-using the 1911 portion of the building in some way, at a cost estimate of $3,050,000 to $4,250,000. 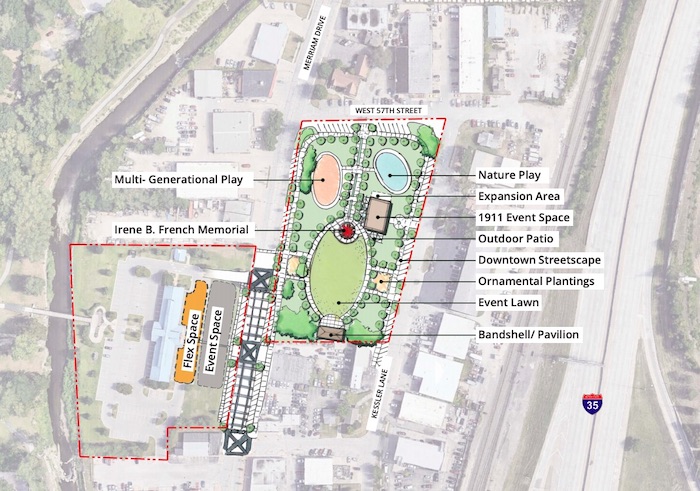 The council then voted unanimously to direct city staff to begin work on determining the feasibility and cost of saving the 1911 portion of the Irene B. French Community Center. The city will now hire a structural engineer to complete that task, and then bring that report back to the city council for consideration.

“The general consensus was that the committee really was diligent in the work that they did and approached the project and the constraints and the opportunities from a variety of angles,” Hauck said. “And now it’s really up to the council to do the hard work of determining truly what direction the city should take on it. But we need more information before the council can actually make a decision on what to do next.”

Staci Chivetta, chair of the steering committee, said she was happy the council accepted their report and thanks for their diligence on the project.

Councilmember Jason Silvers cast the dissenting vote to accept the report because he’s concerned the committee’s recommendation to convert a portion of the site into a park would landlock the downtown area, “preventing it from expanding or being revitalized into a hangout location like other local downtowns such as Liberty and Mission.”

“I realized if we want to emulate the photo that was put in the booklet to kind of sell this to us as an expansion to downtown, we should consider truly expanding the downtown into a go-to location,” Silvers said. “I didn’t know if an amphitheatre and a children’s park and a workout area for adults would do that.

“What I really want to stress is I feel like if we do this project as presented, we’re going to landlock our downtown, preventing it from expanding at all because the only place it can expand is the one location that’s being talked about for this project.”

Silvers added that he liked the committee’s recommendation to save the 1911 portion of the building.

Chivetta said the committee acknowledged and addressed his concerns with turning part of the site into a park.

“Our answer as a committee to that was there’s a lot of downtown that’s currently vacant and needs to be redeveloped,” Chivetta said, “and so we saw this as a good in-between until we can get there. It’s a very long-range plan.”

Starting next summer, the city’s parks and recreation staff will move programs and operations to the city’s new community center at Vavra Park, which remains under construction.

“Because there are all the other sections built around it, we don’t really know if it’s structurally sound, how much is feasible,” Hauck said. “There’s a lot of unknowns with just that portion of the building. So we need to have a professional come on and actually say here’s what you’re dealing with and here are some options and how much they would cost.”

As to costs for the report, the city paid $30,000 to Collins Noteis & Associates of Kansas City, Missouri for providing consultation during the steering committee’s study.